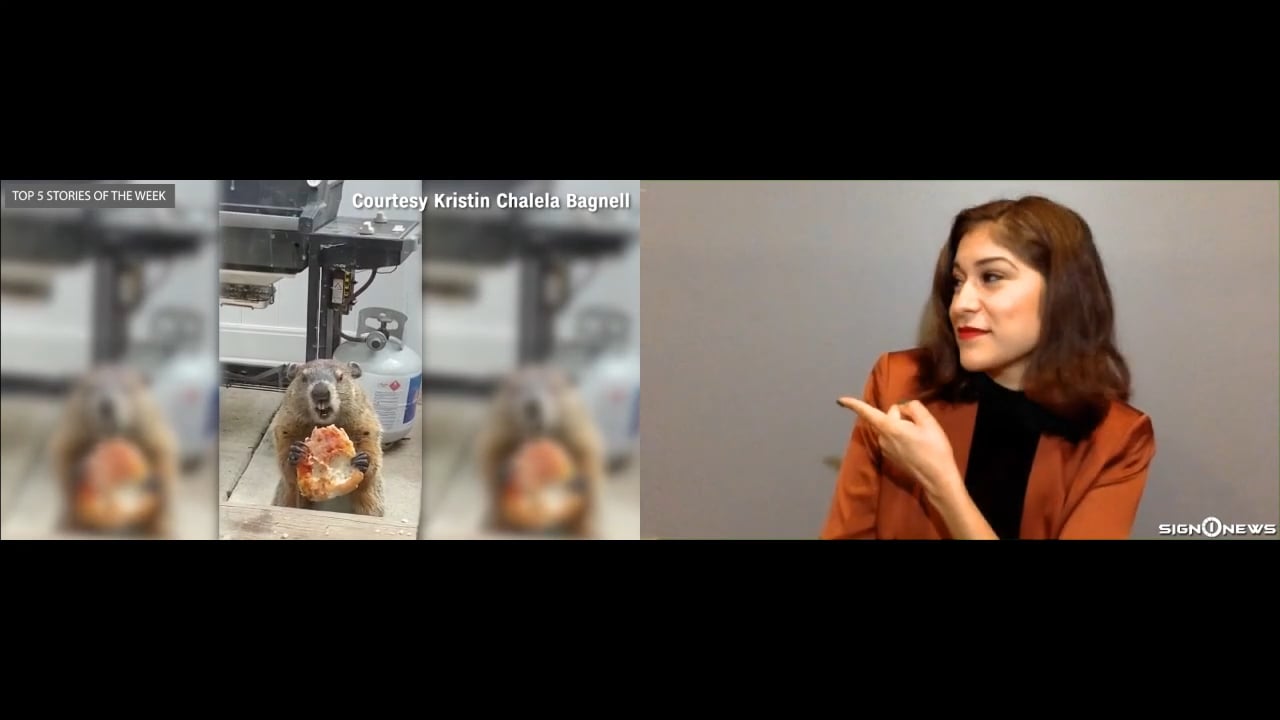 Okay who doesn’t love to dance?

We began our top five inspiring stories of the week with a group of police officers in Colombia bringing music and joy to a neighborhood.

They did it by dancing Zumba outside an apartment complex.

Residents stood by their windows and balconies and danced along.

The officers say they hope Zumba helps relieve cabin fever for many people who have been under self quarantined for weeks.

Speaking of dancing, these are images from John Krasinski’s virtual prom.

“The Office” and “A Quiet Place” star invited high school seniors across the country to participate in the “SGN Prom,” which comes from Krasinski’s web series “Some Good News.”

He got a little help from the Jonas Brothers and Billie Eilish with the prom music.

It might feel like Groundhog Day to some of us, doing the same thing over and over again while we’re stuck inside.

But even groundhogs are trying to change things up, like this one.

It was caught chowing down on a slice of pizza outside the window of a Philadelphia home.

The groundhog munched on the slice for about an hour and he had the audacity to do it right in the face of two dogs who were salivating on the other side of the window before scurrying away.

99-year-old war veteran Tom Moore in England raised more than $15 million for the UK’s National Health Service by walking 100 lengths of his garden.

Local soldiers gave Moore a guard of honor as he completed the final lap across.

By the way Moore is turning 100 later this month.

The staff members were celebrating a historic moment for the county’s animal care and control service.

For the first time ever one of the shelter’s three dog kennels is completely empty thanks to people adopting and fostering the animals.