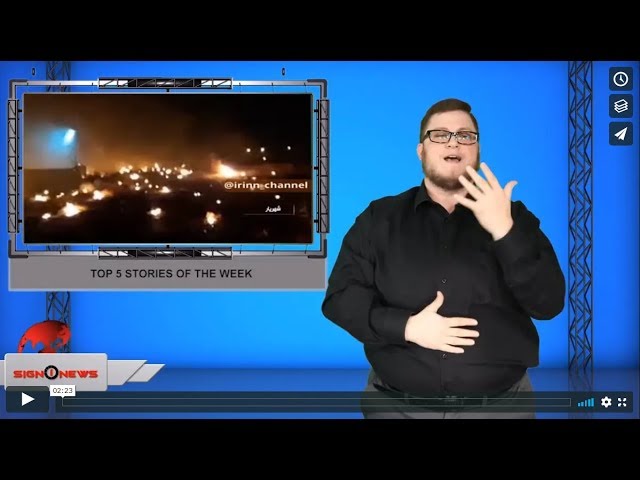 In case you missed it, here a quick recap of some of the top Sign1News stories of the week.

The killing of Iran’s top general by US forces led to a tragic series of events, starting with Iran retaliating by firing missiles into US troop-occupied bases in Iraq and then admitting to unintentionally shooting down an Ukrainian airplane, thinking the US was counter striking.

Thousands of Sign1News viewers tuned in to watch President Trump’s response to the Iran attacks, which was provided with sign language interpretation.

The driver fled the scene but was later apprehended.

Sign1News viewer Shu Min Zheng says she is praying for the unborn baby who was killed.

Police in Georgia are still looking for the brazen thief who broke into a Taco Bell in December, fired up the fryers, cooked himself a meal, took a nap on the kitchen floor for three hours then stole a laptop and tablet before fleeing.

House Speaker Nancy Pelosi announced she is preparing to send the two articles of impeachment to the Senate next week.

That means President Trump’s impeachment trial could begin as early as next week.

Sign1News will be following the developments closely and will keep you informed.