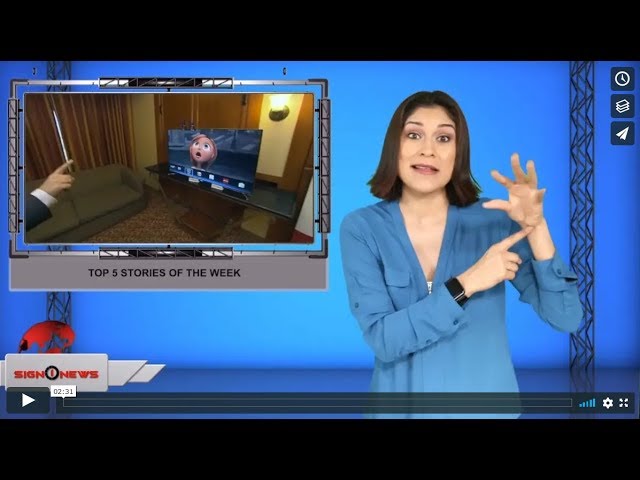 Here’s a quick recap of our top five Sign1News stories of the week.

Thousands of viewers were intrigued by the first of its kind cameras in Australia designed to catch drivers using cell phones behind the wheel.

Officials say that a trial of the technology earlier in the year caught more than 100,000 drivers illegally using a phone at the wheel.

Ninety-five-year-old former President Jimmy Carter was admitted to the hospital for the fourth time in three months.

His latest hospital visit was due to a urinary tract infection.

He was released on Wednesday and is resting and recovering at his home in Plains, Georgia.

The FBI warned consumers that their smart TVs could be spying on them.

Screens with advanced technologies like cameras and microphones could be hacked by cyber criminals.

To protect yourself, the FBI recommends changing the default password, update the software, consider putting black tape over the camera hole or disable the microphone.

Four people were killed during a dramatic shootout on a Florida highway after two men robbed a jewelry store then hijacked a UPS truck and its driver.

TV news helicopters captured the whole scene as police exited their cruisers and approached the UPS truck with guns blazing, all while using stopped cars as shields.

The two suspects, the UPS driver and a bystander were killed in the shootout.

And our friends at “Off The Grid Missions” just released a new trailer.

This amazing group of people travel the world to provide Deaf and hard of hearing people access to life-saving resources after a disaster strikes.

Off The Grid Missions is a nonprofit organization so if you would like to learn more on how you can help, go to www.offthegridmissions.org.