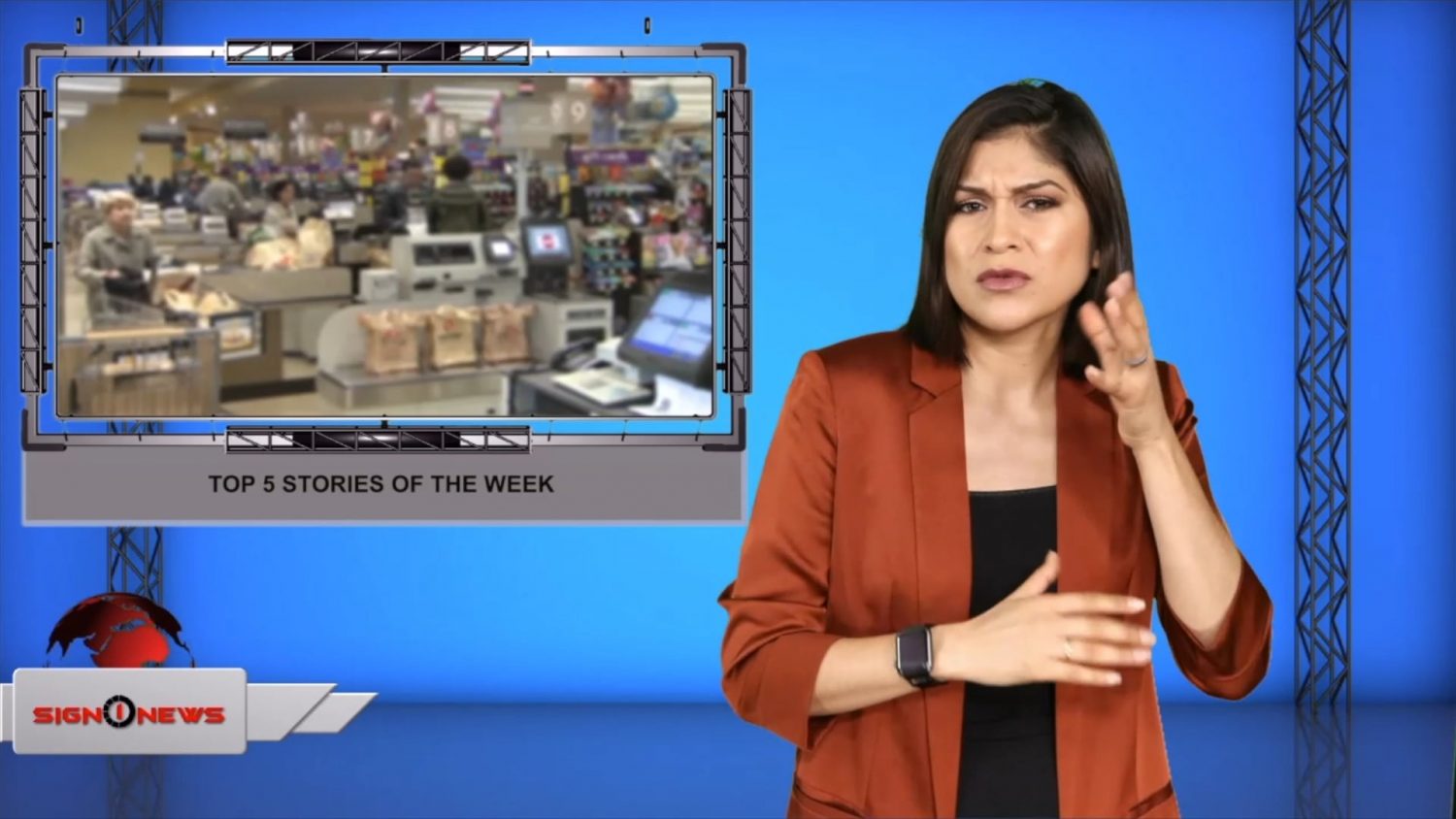 Here’s a quick recap of the top five Sign1News stories this week.

Hundreds of thousands of viewers clicked on the story about the death of Rocky Johnson at age 75.

He is the father of actor Dwayne “The Rock” Johnson and a WWE Hall of Famer.

The parents of a four-year-old girl in Iowa say their daughter nearly died and is now blind because of the flu.

Doctors say the girl’s eyes are fine but the virus affected her brain and caused her to go blind.

They are not sure if if she will ever get her sight back.

She might also have developmental problems such as learning disabilities.

Tens of thousands of viewers tuned in to watch the first presidential primary debate of 2020 with sign language interpretation.

The next presidential primary debate is February 7 in New Hampshire.

Fourteen states are suing the US Department of Agriculture over a new rule that would require more food stamp recipients to work in order to receive benefits.

The decision could result in nearly 700,000 people losing aid when the policy takes effect in April.

And finally I was over the moon excited to be able to host a live Facebook chat with NASA, students from AASD, WPSD and FSDB and Deaf legend Dave Myers.

Myers was one of the men from Gallaudet University involved in the groundbreaking NASA study on weightlessness and motion sickness in the 1960s.

That research helped shape NASA into the state-of-the-art agency it is today.