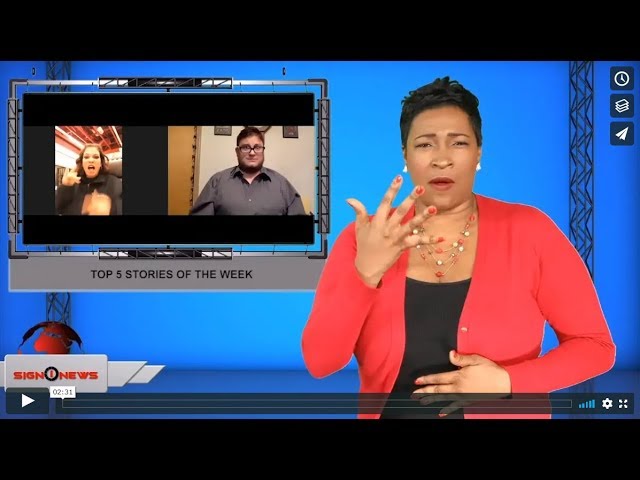 Here’s a quick recap of the Sign1News top five stories of the week.

A Deaf woman shared her terrifying ordeal after a shooting erupted in Cumberland Mall in Atlanta.

Ashley Jones says if it weren’t for her hearing daughter who alerted her about the commotion, she never would’ve known what was happening and her daughter quite possibly saved her life.

However within hours of the decision, the backlash from pulling the commercial forced Hallmark to reinstate it.

President Trump became the third president in US history to be impeached.

The House of Representatives passed two articles of impeachment: obstruction of Congress and abuse of power.

Police in St. Paul, Minnesota released video of a woman getting violently purse snatched and then dragged by the suspect’s car would her arm got caught in the strap.

She was not seriously hurt.

Investigators are asking for the public’s help in finding the suspects.

And a malnourished stray dog found a forever home by simply wandering into an open door.

A neighbor saw the dog go in and shut the door while the family inside was asleep.

They decided to take in the stray and make it a part of their family.