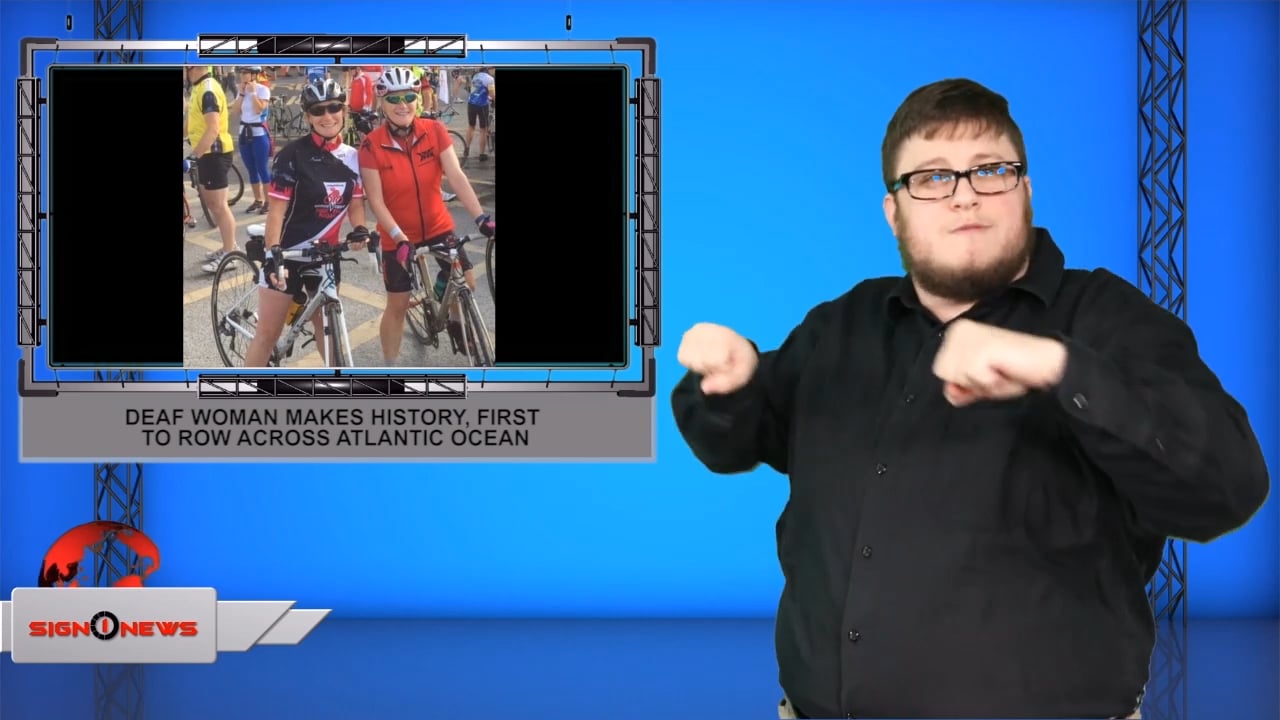 According to the BBC, 60-year-old British woman Mo O’Brien has become the first Deaf woman on record to row across the Atlantic Ocean.

O’Brien is the woman in red.

She was part of a three-woman row team, including her daughter, that also made history as the fastest female team to complete the challenge.

They started from the Canary Island of La Gomera in December and landed on the Caribbean island of Antigua on Thursday, 49 days and 3,000 miles later.

You would think after a feat like that O’Brien would take a month or two to recover.

O’Brien says she is already making plans to row the Pacific Ocean.

She joked with the BBC that all she needs is one week, a good shower and some clean clothes and she’s ready to go!

Wow! What an extraordinary woman.