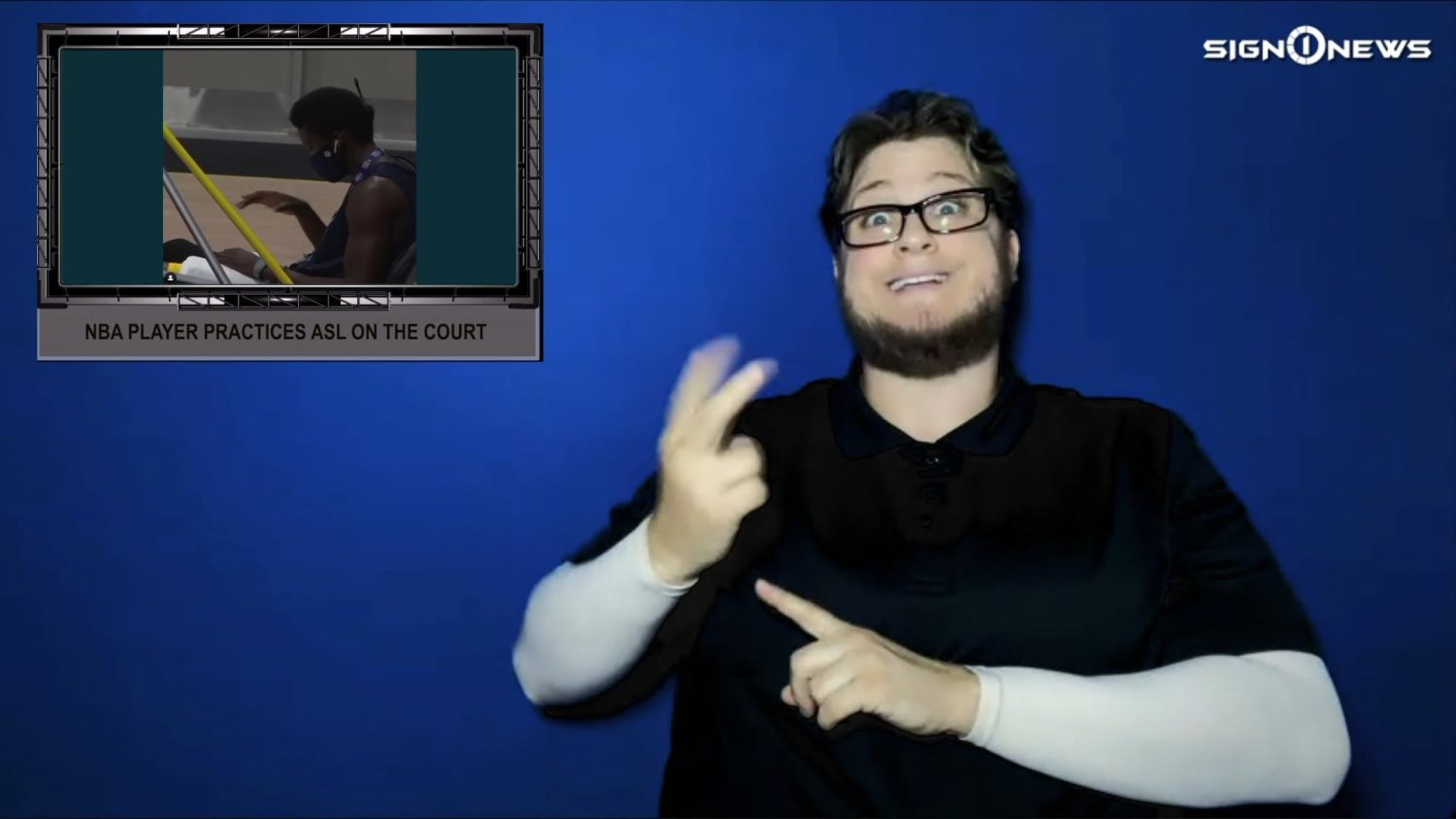 This photo comes from the NBA on Campus Instagram page.

It shows an NBA player bringing American Sign Language to the basketball court.

Saturday the NBA on Campus Instagram page shared a video of basketball player Victor Oladipo practicing ASL while sitting at the basketball court.

“NBA on Campus” is an official Instagram page that posts behind the scenes photos and video from the NBA campus in Orlando.

In case you don’t know much about the player here’s a little insight.

Oladipo plays for the Indiana Pacers.

According to the Washington Post, Oladipo’s older sister Kendra became Deaf in second-grade which is why he started learning ASL.

The basketball player was also seen on season two of the “Masked Singer” television show in 2019.

In the show celebrities compete in sing-off competitions dressed up in elaborate costumes to conceal their identity as panelists try to guess who they are.

Oladip dressed as a character named “Thingamajig” and during the season he shared that an ASL dictionary taught him how to communicate with others.

Oladipo says his Deaf sister is one of the biggest influences in his life.