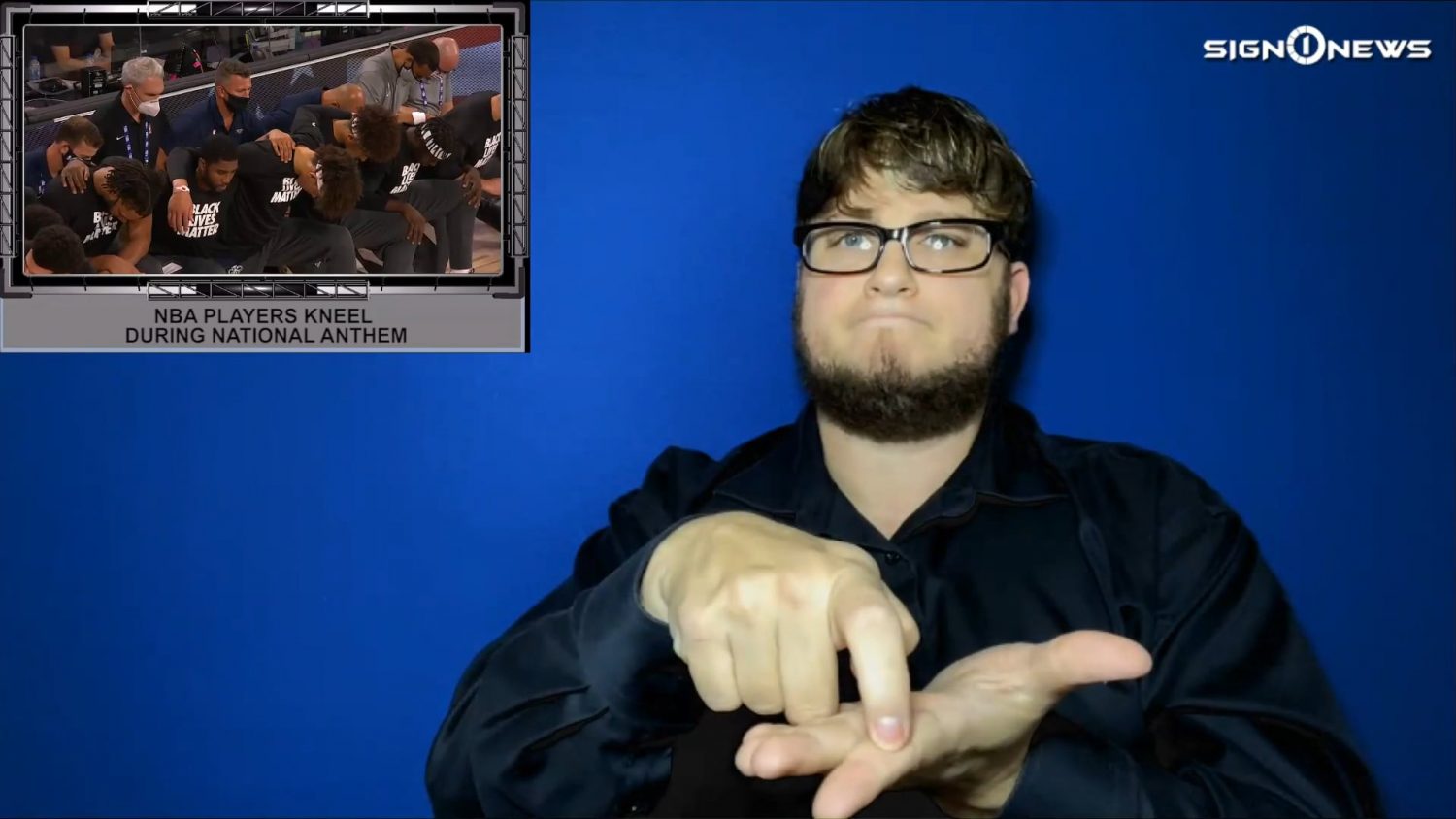 Players of the New Orleans Pelicans and the Utah Jazz, joined by coaches and game officials, all kneeled.

On some players’ jerseys their names were replaced with messages such as “Equality,” “I Am A Man,” “Ally,” and “Say Her Name.”

The say her name campaign is a social movement aimed at raising awareness and seeking justice for black female victims of police brutality and racial injustice.

After the moment, NBA Commissioner Adam Silver said he will not force players to stand during the national anthem.

The NBA will hold games without fans amid the pandemic.

Players have been based at Walt Disney resort just outside of Orlando.