The coolest futuristic gadgets from CES 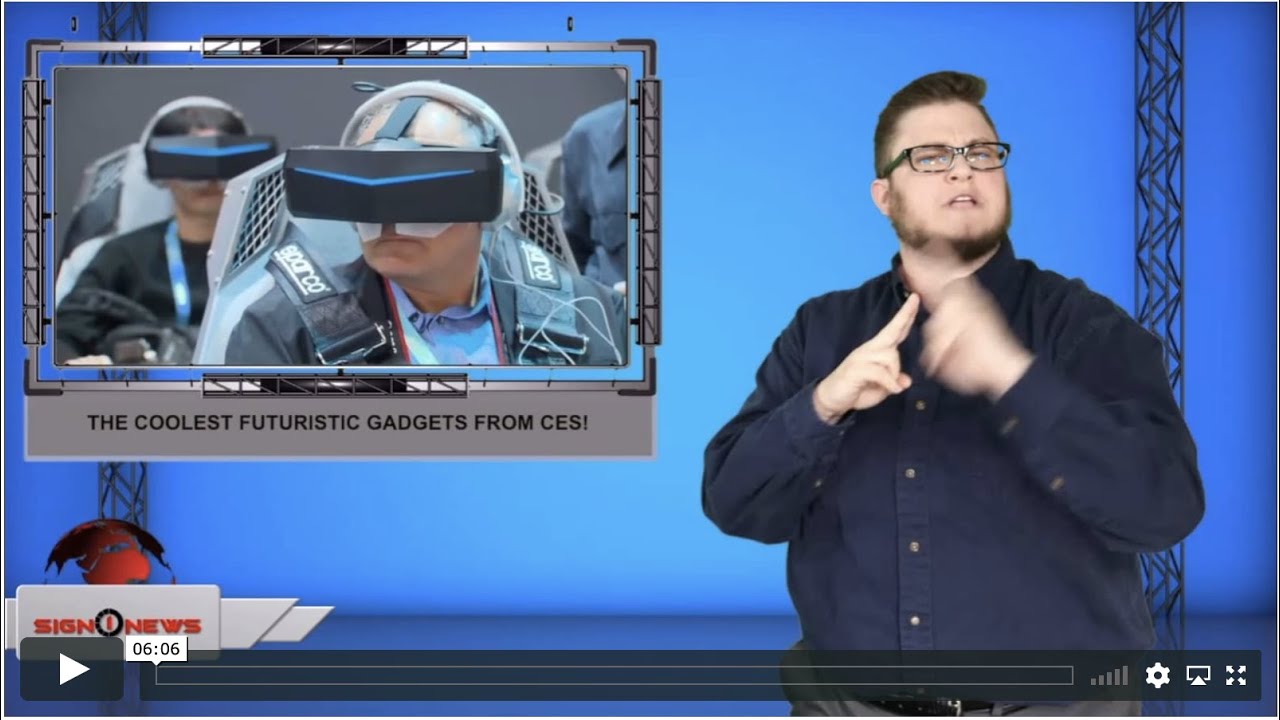 Tech’s big takeover of the Las Vegas strip came to a close Friday.

The CES conference was a week’s worth of new gadgets, crazy inventions and a lot of robots.

But Sign1News can hope you save time and money.

Here are the CES’s is most talked about new gadgets, crazy inventions and robots in less than six minutes.

Let’s start with the smart trashcan that ties its own garbage!

The company Townew says its trashcan is self-sealing.

The smart can has an overload feature that detects when it can’t take on any more trash.

All you have to do is push a button on the receptacle.

It will then automatically seal the bag and open so you can remove it.

Once the old bag is gone, the trashcan puts a new one in its place.

Are you a coffee drinker?

If you are, do you know where your coffee was grown?

IBM has a new app for those like Sign1News MMJ Martha Anger who likes to support sustainable coffee businesses.

The “Thank My Farmer” app was built in collaboration with traceability platform “Farm Connects.”

With the app, you can trace your cup of coffee from the store you bought it from back to the farm it originally came from.

The app is expected to launch sometime this year.

How about this: a smart toilet that lights up.

Kohler showed off its “Numi 2.0” intelligent toilet where users can sit on a heated seat, get some personalized cleansing and drying, listen to your favorite music through its high-quality built-in speaker, all with ambient lighting.

A new type of prosthetic hand can be controlled with your mind.

Brainco showed off its new technology that lets people use brain waves and muscle signals to move and control the hand.

It’s made possible through a special headband and artificial intelligence.

Time magazine named the hand one of the top inventions of 2019.

The model is in the process of getting FDA approval.

Brainco expects to have the mind controlled hand on the market in the US later this year.

The homage to Star Wars is hard to deny when you look at the new miniature robot introduced by Samsung.

“Ballie” is a personal assistant that looks like a tennis ball but it moves a lot like BB-8, the popular droid from “Star Wars.”

Ballie can follow you around the house, anticipate your needs while also acting as a companion.

Samsung expects it to resonate especially well with pet owners because the robot can keep an eye on animals who are home alone.

There are lots of innovations introduced to help people get around easier and faster, especially in airports.

That includes directions to your departure gate or weather at your destination.

The technology allows multiple customers to see unique information on a single digital screen at the same time.

Delta says the goal is to make it easier to move around the airport and cut down on stress.

Delta says the technology will be rolled out in Detroit later this year.

The S-pod balances on its own without the need to lean forward or backward to speed up or slow down like riders must do with the standard Segway.

Passengers control the speed with a knob.

It’s designed for enclosed spaces like airports and malls.

And there you go.

A week’s worth of the best CES technology in less than six minutes.