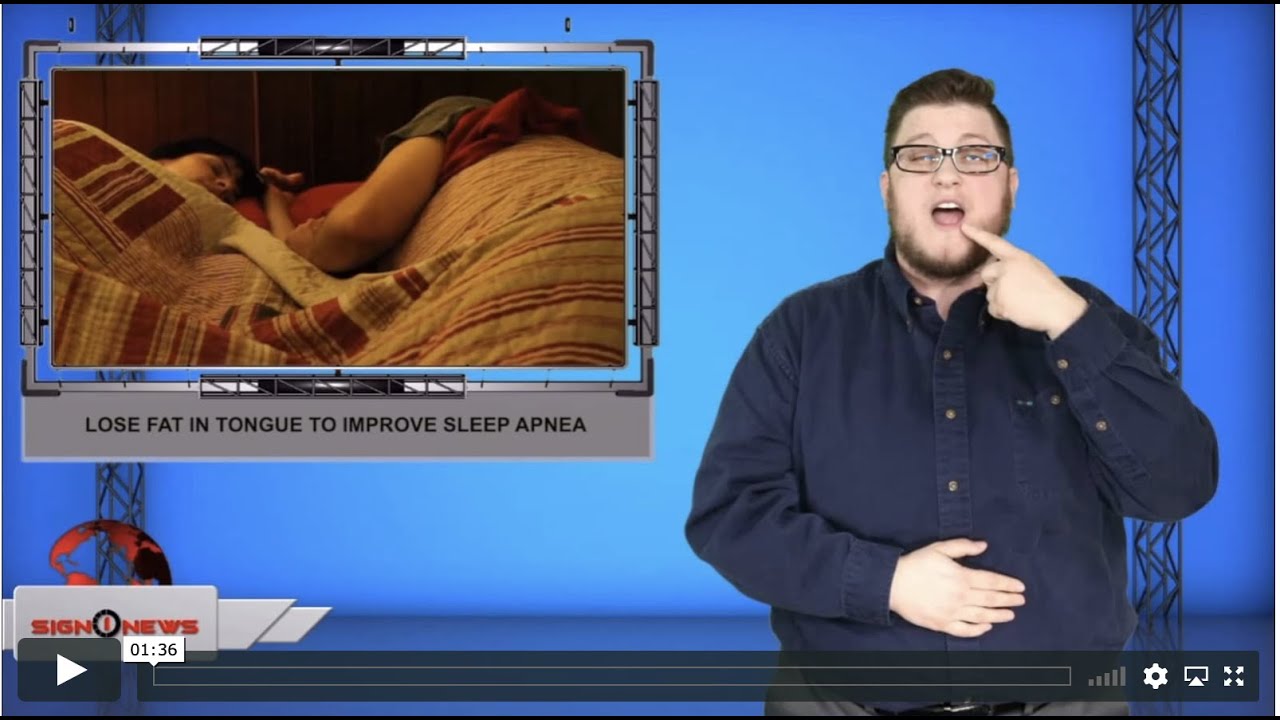 Do you have a fat tongue?

We know that’s a strange question.

But researchers say if you’re one of the 1 billion people globally who snore, choke, gasp or stop breathing during the night, your tongue could be a key reason.

A new study published Friday found a connection between having a fat tongue and sleep apnea.

Researchers studied 67 obese patients with obstructive sleep apnea and measured how a 10% weight loss could affect their upper airways.

They also found that patients could reduce their tongue size by losing overall body fat and that improved sleep apnea scores by more than 30%.

But researchers admit more studies need to be conducted because there are many people who suffer sleep apnea who are not overweight.

That means something else could be at play.

You can read more about the study in the American Journal of Respiratory and Critical Care Medicine.

The coolest futuristic gadgets from CES