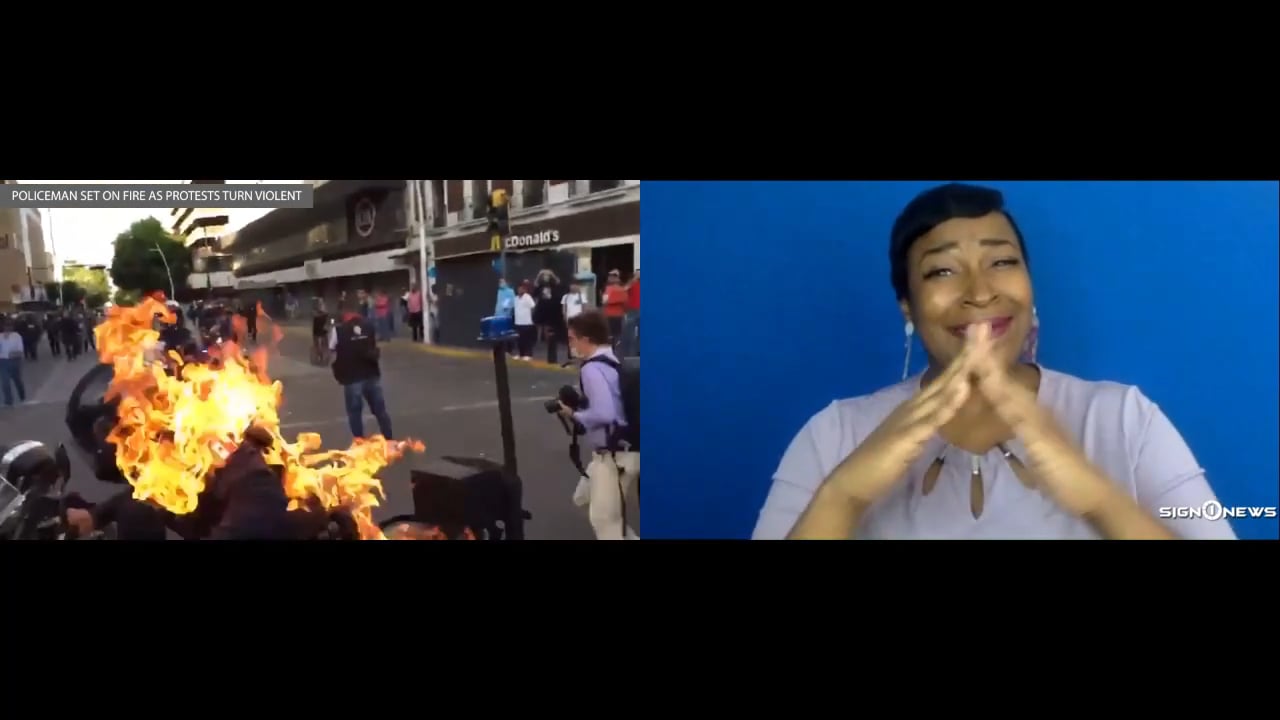 Mass protests planned for the weekend

Millions of protesters around the world have joined the Black Lives Matter movement.

Many are also marching against injustice and police brutality in their own countries.

The majority of the marchers are peaceful.

However a protest in Guadalajara, Mexico turned violent when a police officer was set on fire.

We want to warn you the video may be disturbing.

The crowd was protesting against police brutality including a case where 30-year-old man died in police custody.

The protest started out peaceful but turned violent when people started setting cars on fire, attacking police and vandalizing the city’s national palace.

At one point someone poured a flammable liquid on an officer’s back with one hand and lit it on fire with the other.

Four other officers got hurt too and 27 people were arrested.

Mass protests planned for the weekend