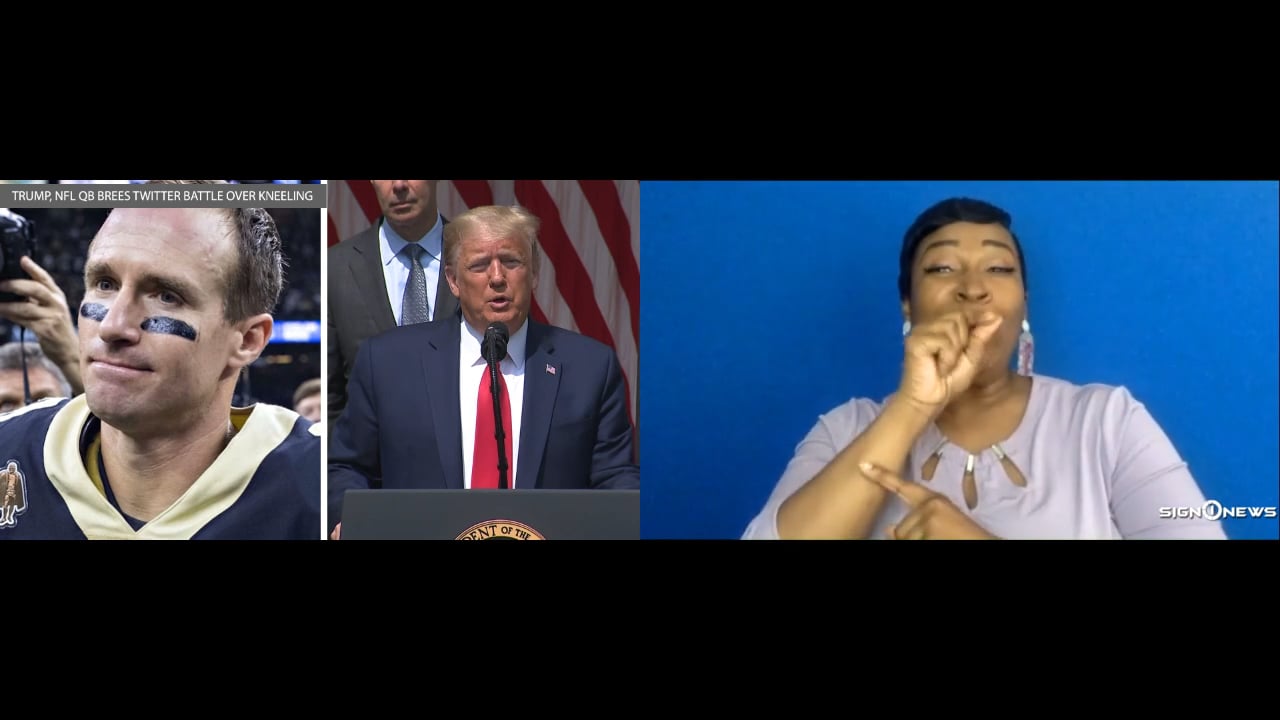 President Trump and NFL quarterback Drew Brees got into a twitter battle over the peaceful protest of athletes kneeling during the national anthem.

Trump sent out this tweet Friday condemning former quarterback Colin Kaepernick’s decision to kneel during the national anthem in 2016.

He tweeted in part “There are other things you can protest but not our great American flag. No kneeling!”

Kaepernick said in the past his actions were not about the flag but in protest to police brutality.

Goodell posted a video on Friday saying the NFL was wrong not to listen to players earlier concerns about racism.

Brees’ tweet ended by saying “We as a white community need to listen and learn from the pain and suffering of our black communities. The black community cannot do it alone. This will require all of us.”