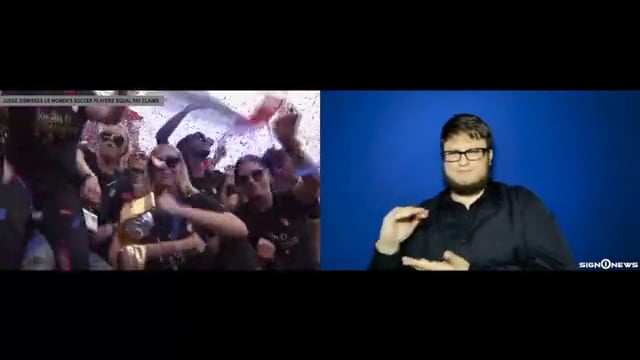 In March of last year 28 members of the women’s national soccer team filed a lawsuit against the US Soccer Federation claiming the organization discriminated by paying women substantially less than the men’s national team despite equal work.

On Friday a federal judge dismissed the argument that the women were underpaid.

In his decision, the judge wrote that members of the USWNT did not prove wage discrimination under the Equal Pay Act because the women’s team played more games and made more money than the men’s team.

However the judge is allowing the players’ claims about unequal travel and medical support to continue.

A trial on those claims is scheduled to begin June 16 in the Central District federal court in California.

Team members were quick to respond on social media Friday.

They do plan to appeal the decision.

On Twitter Megan Rapinoe said “We will never stop fighting for equality.”

Teammate Tobin Heath said the team never gives up and it’s not giving up now.

We will get through this together