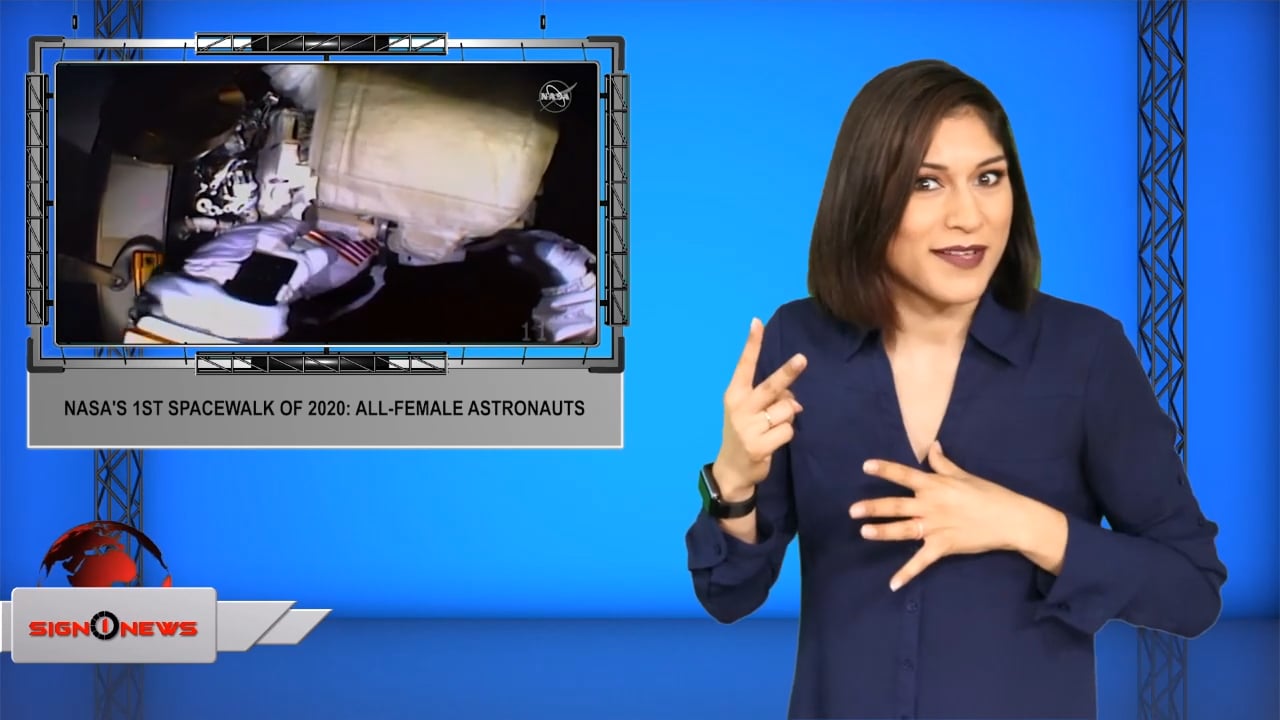 NASA’s first spacewalk of 2020 is complete and it was a special one.

That’s because the astronauts who completed the spacewalk Wednesday morning were both women.

NASA astronauts Jessica Meyer and Christina Koch ventured out of the Space Station shortly before 7 AM Eastern time to replace batteries on solar panels outside of the ISS.

They are the same astronauts who made history after successfully completing the very first all-female spacewalk in October.

And they are included in the list of twelve women that could be the first female astronaut on the moon in 2024.

And speaking of NASA and history, this is a picture of Dave Myers free-floating during NASA weightlessness tests during the 1960s.

We acquired the image courtesy of Myers’ collection from the Gallaudet University archives.