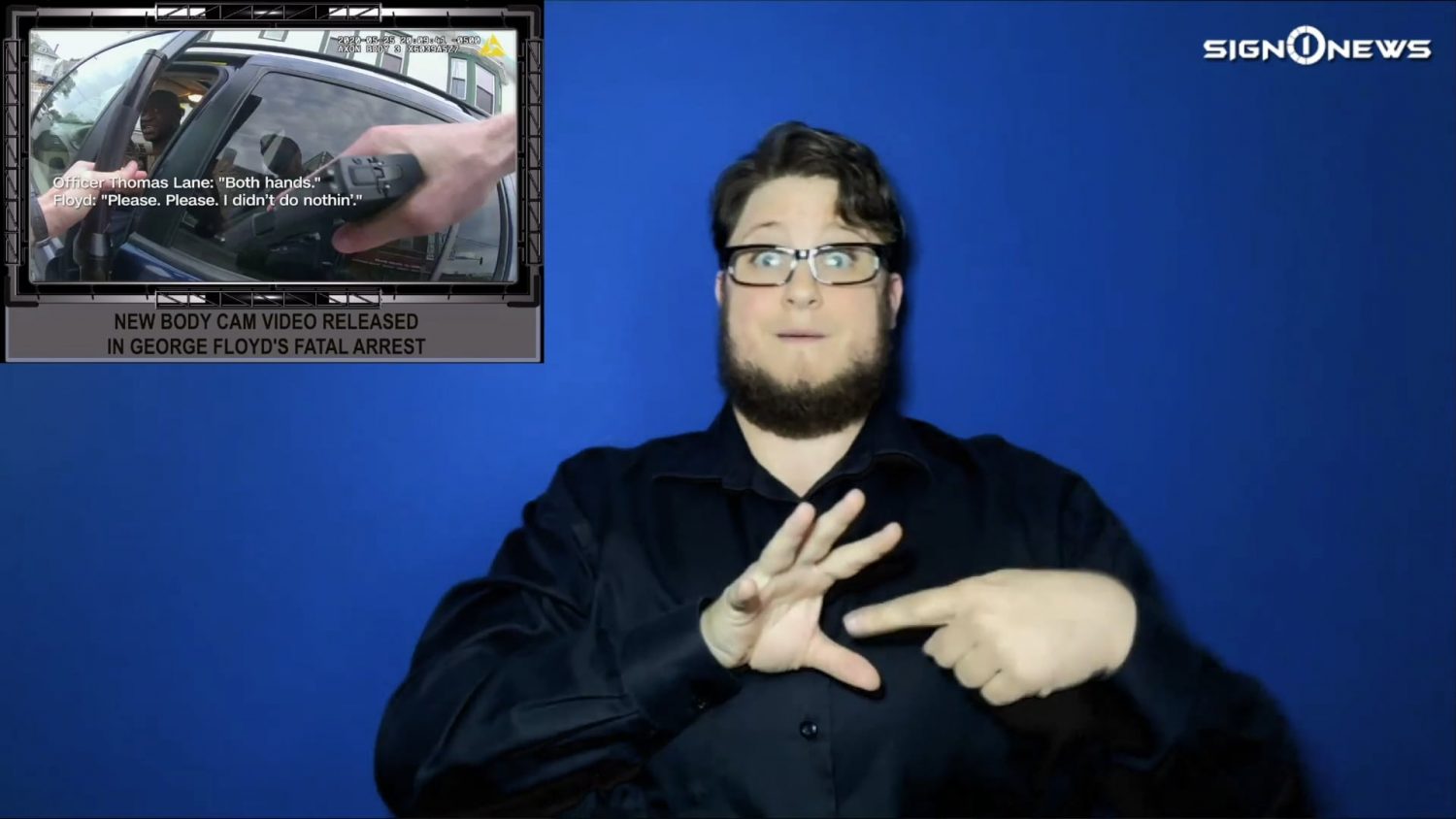 We want to warn you some viewers may find the upcoming images too graphic.

We will not be showing video of the killing of George Floyd but freeze frame images from newly released body cam video.

The footage comes from former officers Thomas Lane and J. Alexander Kueng who were the first to respond to a store where Floyd was accused of passing a fake 20-dollar bill.

The encounter begins with officers tapping the window of the vehicle Floyd is driving.

14 seconds after approaching Floyd’s car, Lane pulls his gun on Floyd when he does not fully comply to putting up both hands.

Floyd tells Lane he didn’t do nothing and Lane tells Floyd “Put your f*cking hands up right now.”

Floyd tells officers multiple times has been shot before and at one point he sobs as he puts his head on the steering wheel.

Floyd is soon pulled from the car and a struggle ensues when Lane and Kueng including try to handcuff him.

The officers have not yet told Floyd why he’s being detained.

The public has seen the surveillance video at this point but now they can see the officer’s frustration and Floyd’s desperation.

Lane asks Floyd is he “on something” because he’s acting “erratic.”

Floyd responds he is not anxious and that he is scared.

Floud is taken across the street, crying the whole time.

At the squad car a second, bigger struggles ensues as officers try to put Floyd inside.

Kueng tries to push Floyd in through the back door of the SUV, while Lane pull hims from the opposite door.

Floyd is yelling throughout and says “I can’t breathe” for the first time during the encounter.

Soon you can see officers Tou Thao and Derek Chauvin arrive to assist in restraining Floyd.

Chauvin and Kueng then pull Floyd to the ground.

Chauvin proceeds to put his knee on Floyd’s neck.

Floyd calls out for his deceased mother.

The cell phone video that the world saw picks up from here but the body cam reveals more details.

Floyd keeps crying out and at one point Chauvin tells Floyd “It takes a heck of a lot of oxygen to talk.”

After Chauvin’s knee has been on Floyd’s neck for nearly five minutes, Lane asks for a second time whether Floyd should be moved to the side.

But Chauvin told Lane that Floyd was fine and to keep him there till an ambulance arrived.

But the ambulance was of no use, Floyd lost consciousness and was pronounced dead at the hospital.

Chauvin’s attorney declined to comment Friday when the judge ruled to release the video.

None of the officers have entered a plea, but Thao’s and Lane’s attorneys have requested their clients’ cases be dismissed.

And Kueng intends to plead not guilty according to his attorney.