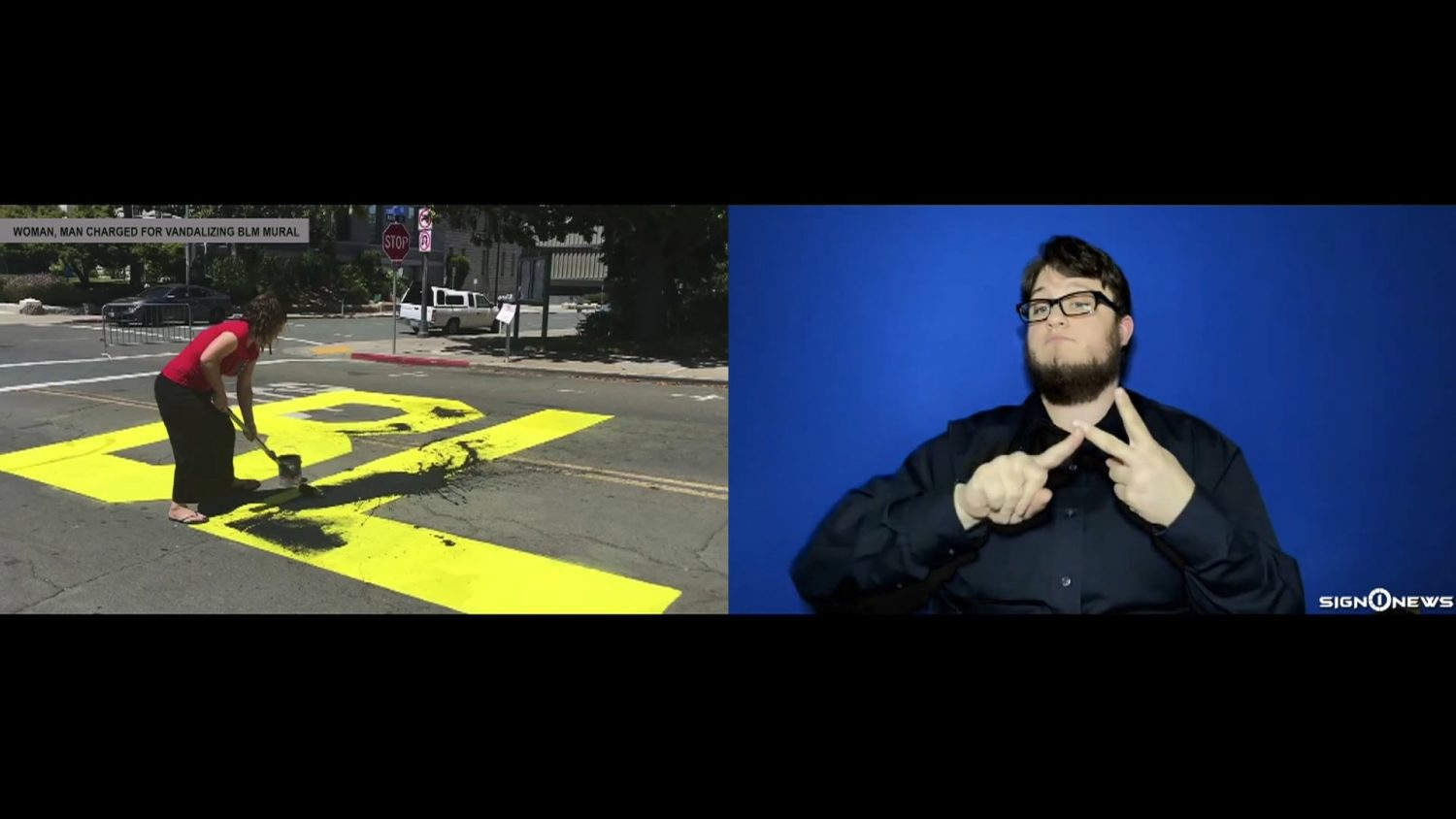 According to the Contra Costa County District Attorney’s Office Tuesday, they are each facing a hate crime charge.

The district attorney’s office said in a statement that Nelson and Anderson are each charged with three misdemeanor counts.

The counts include violation of civil rights, vandalism and possession of tools to commit vandalism or graffiti.

The incident happened soon after the mural was painted in front of the courthouse in Martinez, California.

Residents of Martinez got a permit from the city to paint the Black Lives Matter mural according to the police chief.

In a video posted on YouTube and in a police statement, the man is seen wearing a red Trump shirt that read “Four More Years” as he films the woman painting over the Black Lives Matter mural with black paint.

During the incident of the woman is heard saying “This is not happening in my town.”

The man is heard in the video saying the narrative of police brutality, oppression and racism is a lie.

A woman bystander was also heard arguing with the man saying what he was doing was racist.

According to officials the mural was repainted after the incident.

According to a district attorney Nelson and Anderson’s court date has not yet been released.

If convicted of the misdemeanor charges, each defendant could face up to a year in county jail.