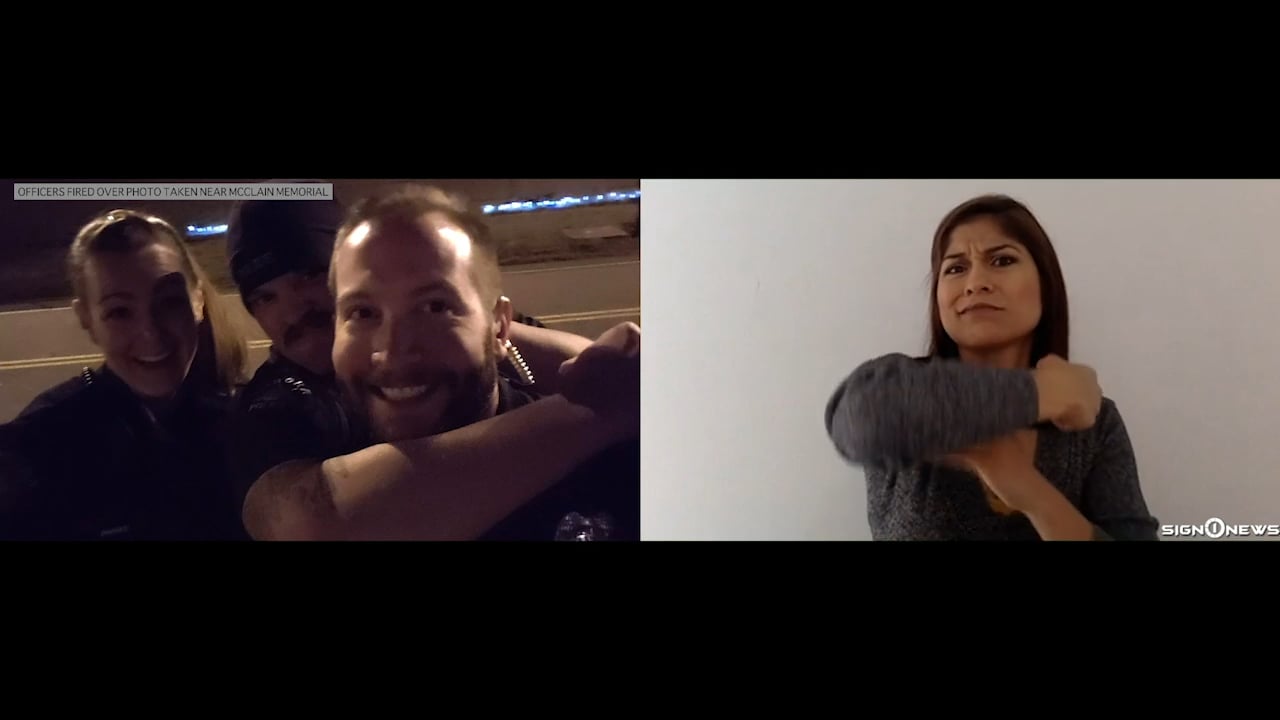 Thousands of protesters were back out on the streets of Aurora, Colorado and surrounded the city’s police department.

They were protesting the death of 23-year-old Elijah McClain, a 23-year-old black man who died of a heart attack after being placed in a chokehold during an arrest last August.

The three officers involved in the arrest were reassigned for safety reasons after several police and city employees received threats.

But then this disturbing photo was discovered this week.

In the picture you see three police officers posing at the memorial site for McClain.

It was taken in October while the officers were on duty in their uniforms.

In the photo the officers are smiling while reenacting the way McClain was held by police in a chokehold.

During their interviews with internal affairs, the officers said the photo was an attempt to cheer up the officers involved in the incident with McClain.

The city’s police chief called it a crime against humanity and decency.

All three officers were fired on Friday.

The photo was also sent to a fourth officer in a text.

That fourth officer resigned before facing a disciplinary hearing.