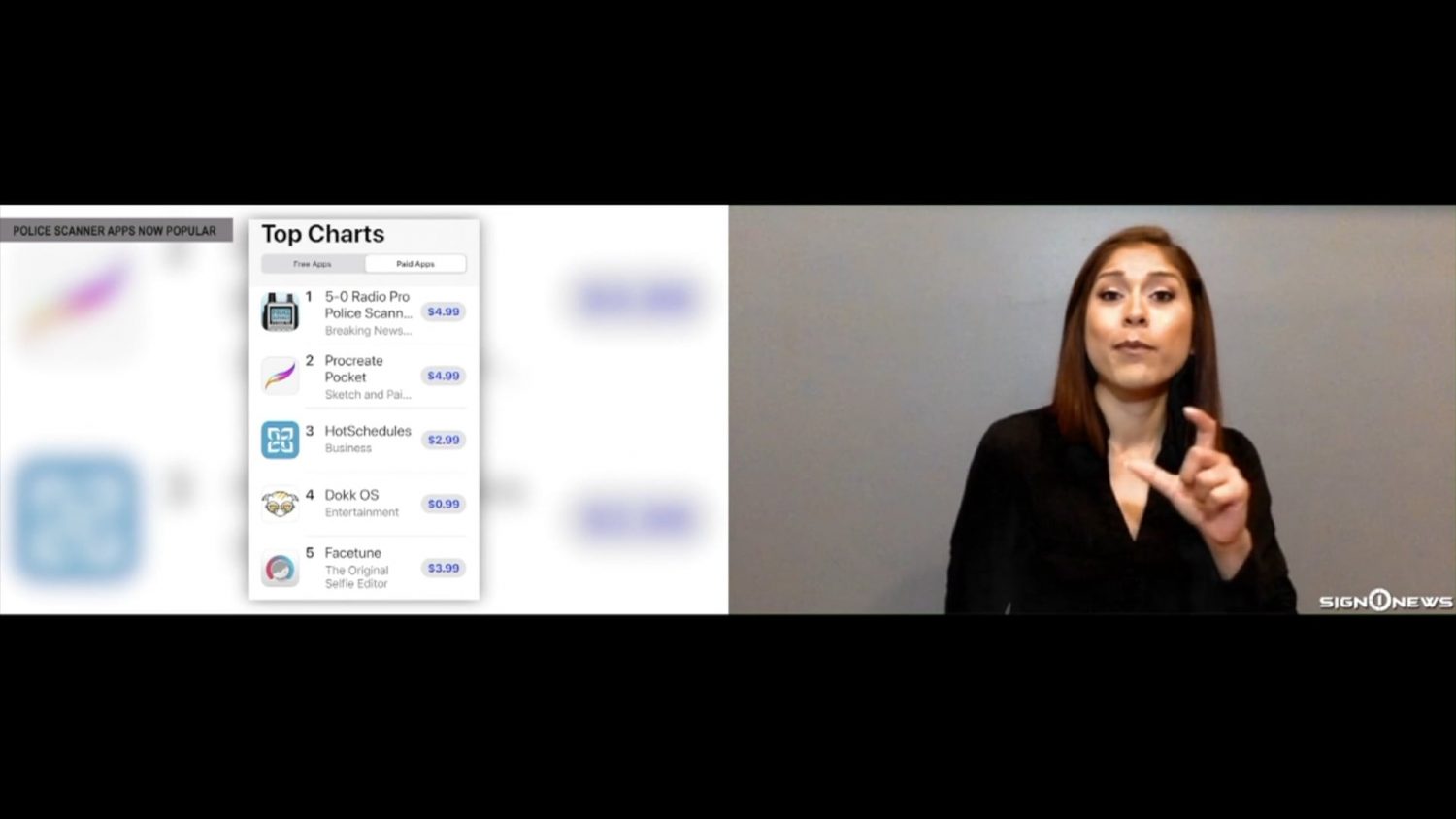 Police scanner apps are surging in popularity after days of riots across the United States.

“50 Radio Police Scanner” is one of the top downloaded apps for iPhones.

The developer for 50 Radio Police Scanner says since Sunday the app has had more than half a million active users tune in.