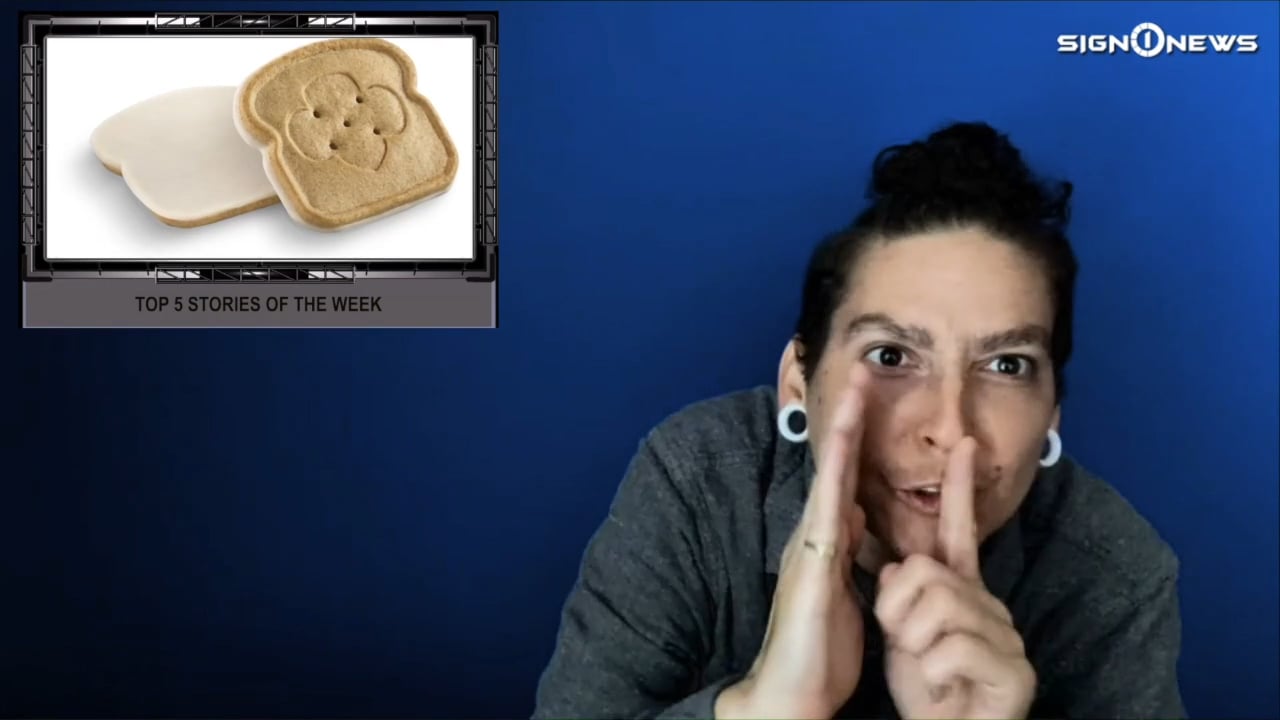 There’s a good chance you’re going to be very hungry after watching this recap of the top five funny, inspiring or quirky stories you may have missed this week.

We’ll start in Switzerland where chocolate started raining from the skies!

Residents posted pictures of cocoa sprinkles covering cars and windowpanes in the small town of Olten.

People were baffled until it was discovered the ventilation system at the Lindt chocolate factory malfunctioned.

Then it started raining and the winds picked up, showering the sweet sugary soot all over the town.

The makers of the iconic cereal Cinnamon Toast Crunch have bottled up the flavors so you can now sprinkle just about anything with a little sweetness.

It’s called “Cinnadust” and it blends together cinnamon, vanilla, sugar and graham cracker goodness into an easy to enjoy powder.

And it’s not just for toast.

You can try it on ice cream, yogurt, fresh fruit or as a substitute for sprinkles on a cupcake.

Cinnadust will be available at Sam’s Club starting September 1 but it won’t be sold in other grocery stores or online until early next year.

Okay if you ever eaten an entire box of Thin Mints Girl Scout cookies for dessert – hey – no judgment here.

Now the Girl Scouts may have just what you need for breakfast too!

The group announced a new cookie flavor this week: Toast-Yay.

It’s a French toast-inspired cookie dipped in icing and ready for your breakfast table or lunch box or night binging Netflix.

But sorry you will have to wait to sample the new cookie flavor.

Oh and guess what today is?

Today’s is the day we celebrate a classic in the cake world.

The sweet treat can be one of the trickiest cakes for bakers to master.

The perfect sponge cake stands tall and bakers must maintain a fine crumb while keeping the cake moist.

The sponge cake is thought to have originated in the Caribbean.

It is believed to be one of the first non-yeasted cakes.

Finally here’s a non-food related story but so sweet nonetheless!

This is video of a four-year-old boy getting his own personal parade as dozens of fire trucks zipped by to fight wildfires.

At some point the boy may have been riding his bike because it is now on the ground as if he jumped off to catch a glimpse of the trucks.

He waves at every truck that goes by.

And clearly the firefighters noticed.

With sirens blazing, each truck honked its horn as it passed the boy.

A woman can be heard off camera saying “That’s so cool!”