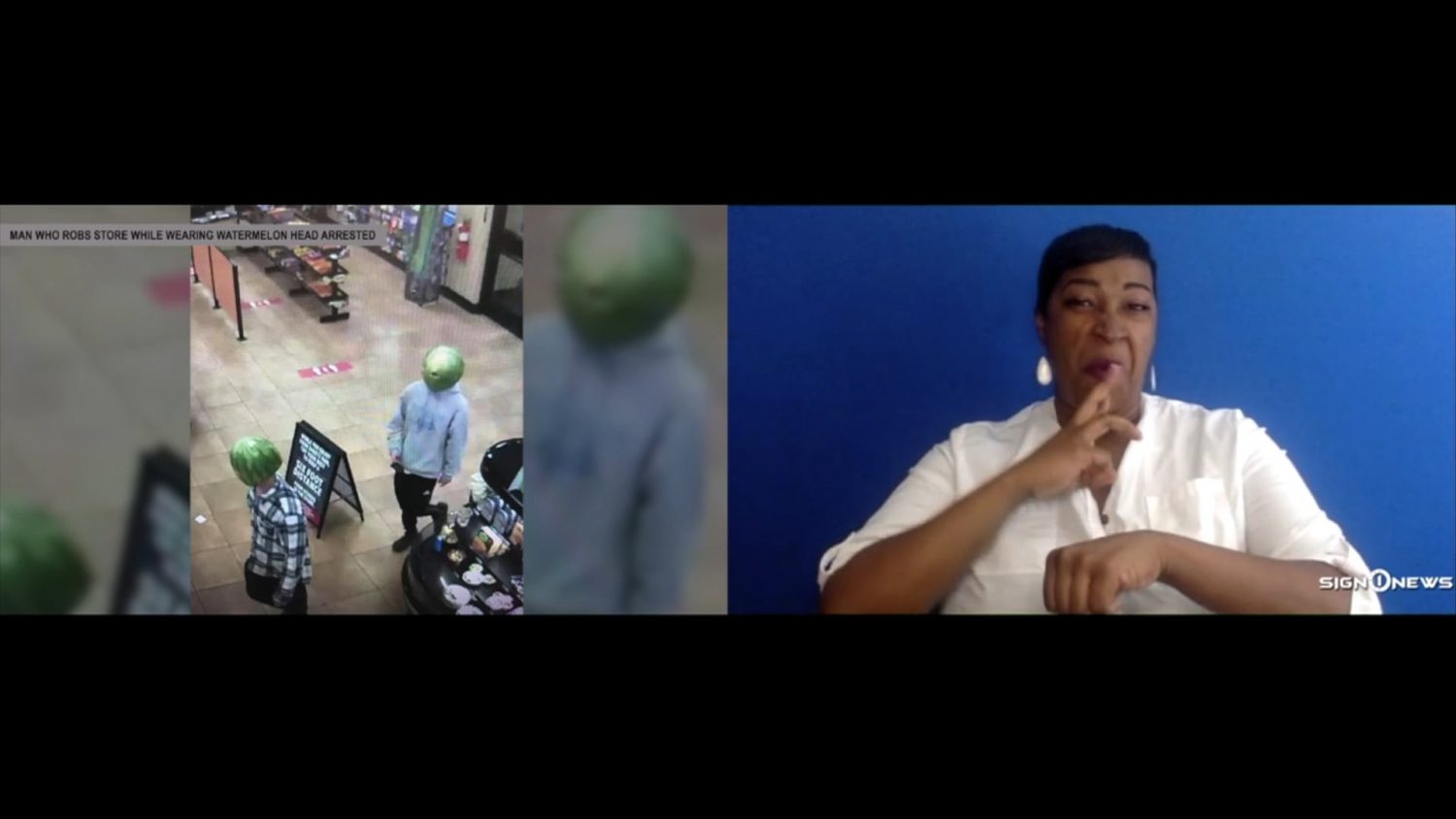 On Friday police arrested a 20-year-old man who wore a watermelon on his head while robbing a convenience store.

He is one of two suspects involved the robbery that happened earlier this month.

According to the Louisa, Virginia police department, on May 5 two suspects pulled up to a “Sheetz” convenience store in a 2006 black Toyota Tacoma pickup truck.

They entered the store while wearing carved out watermelons with holes cut out of their eyes.

The 20-year-old suspect who was arrested has been charged with wearing a mask in public while committing larceny or theft and underage possession of alcohol.

Police are still looking for the second suspect.