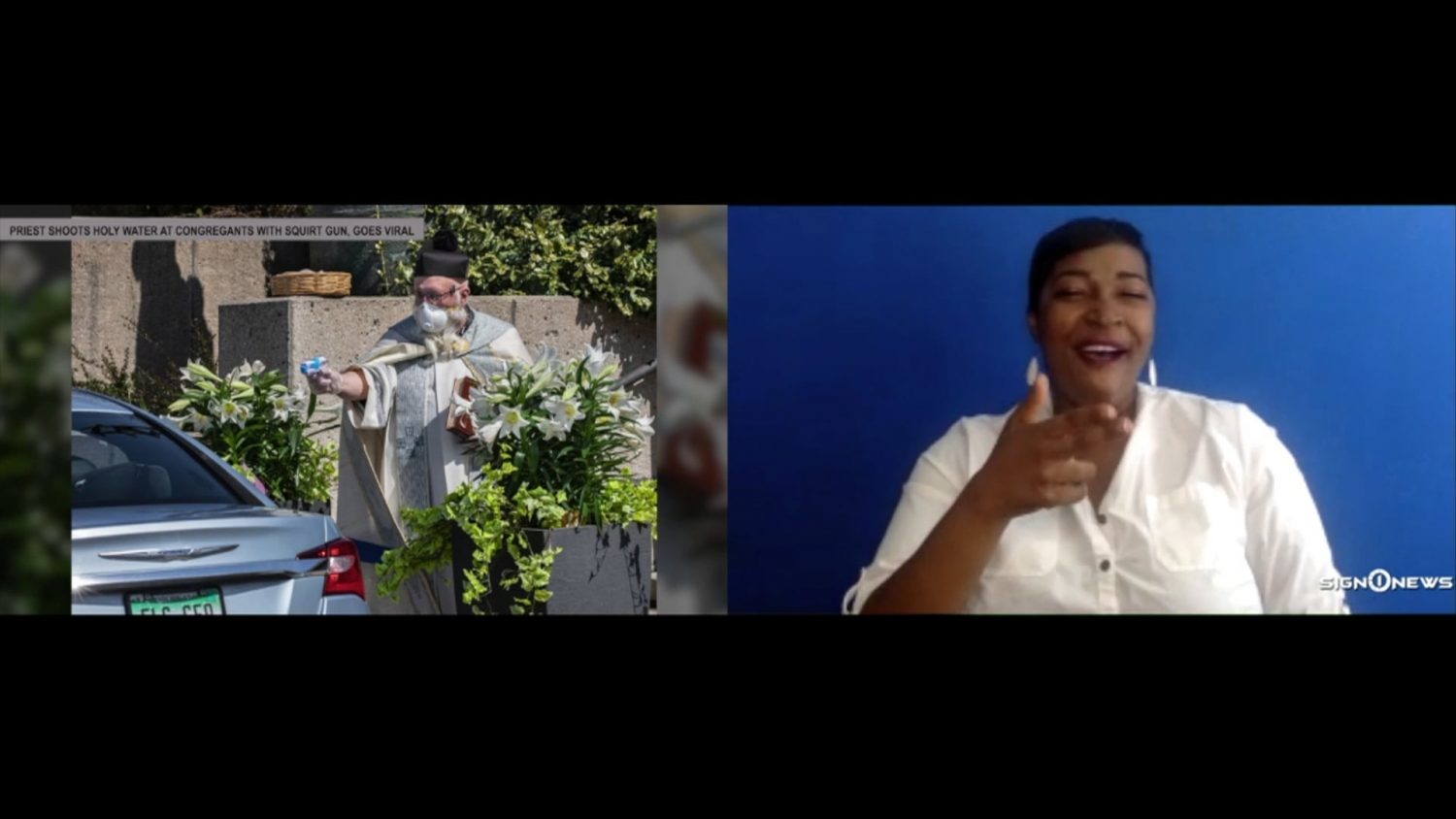 Detroit priest Father Timothy Pelc thought he would have a little fun on Easter, while observing social distancing of course, by using a plastic squirt gun to “shoot” congregants with holy water.

In mid-April the St. Ambrose Parish church, where Pelc serves, posted the photos to their Facebook page.

The priest said him and one of his congregants who is a doctor were discussing safe options for blessing the Easter baskets.

So they settled on the squirt gun.

The priest stood several feet from cars as he hit them with holy water while wearing a mask and gloves.

Now a month later Pelc has gone viral and has become a meme.

The memes which have shown up on Twitter and Reddit show the priest surrounded by firefighters putting out a fire and another of him standing in front of Stormtroopers from Star Wars.

Monday Pelc said in an interview with CNN that , “If you can’t have fun with your faith, what can you have fun with?”

He also said he is enjoying the memes.