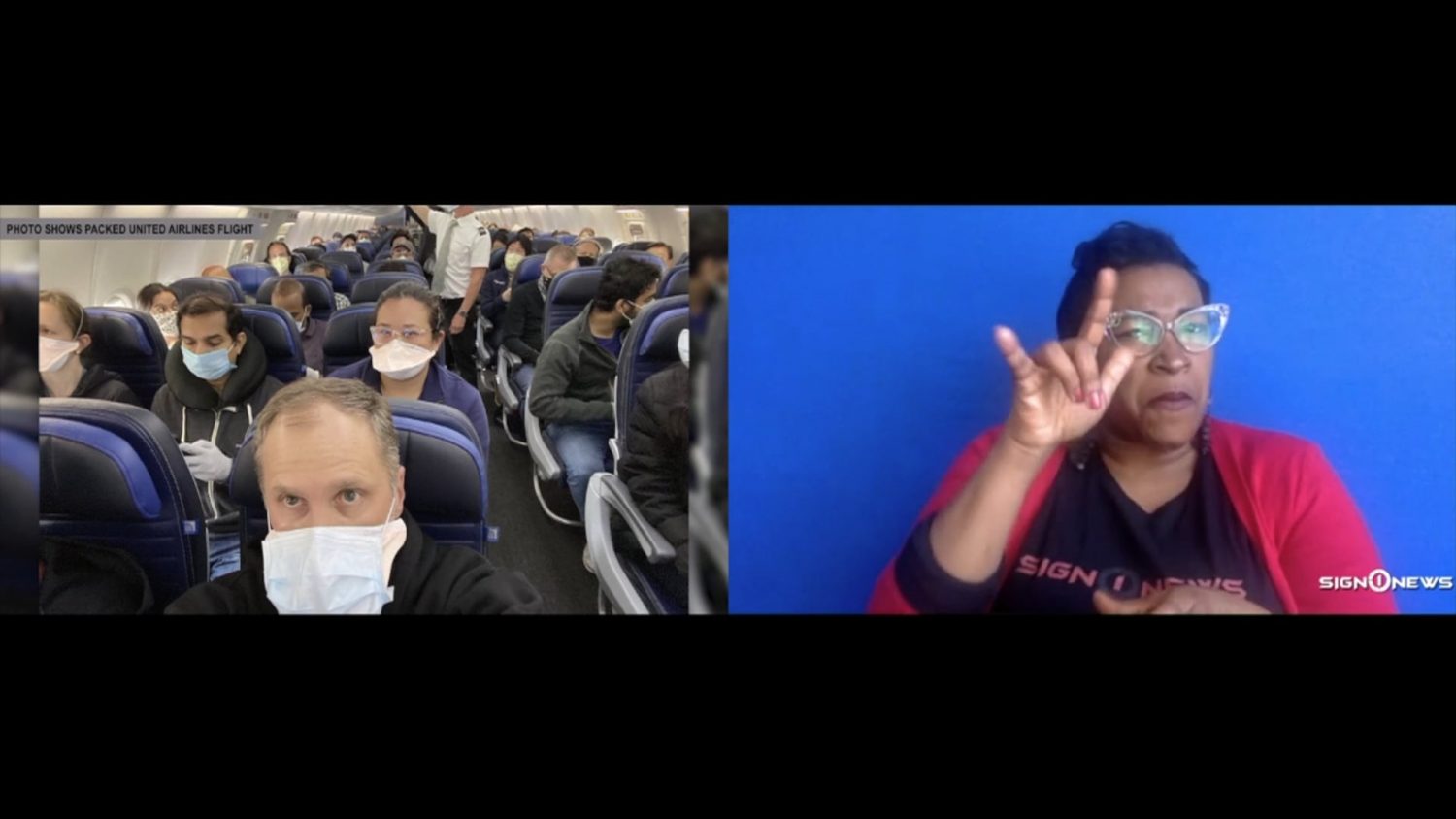 A doctor is making news for picture on Twitter showing a crowded United Airlines flight.

On Saturday Dr. Ethan Weiss had a six hour flight from New York to San Francisco and shared this photo of the nearly full flight.

He wrote in his post that he was part of a group of 25 nurses and doctors who have been working in New York hospitals in recent weeks.

A United spokesperson wouldn’t say how many people were on the flight but noted it had a “higher than average load factor but it still departed with empty seats.”

She added that most United flights are operating at less than half capacity.