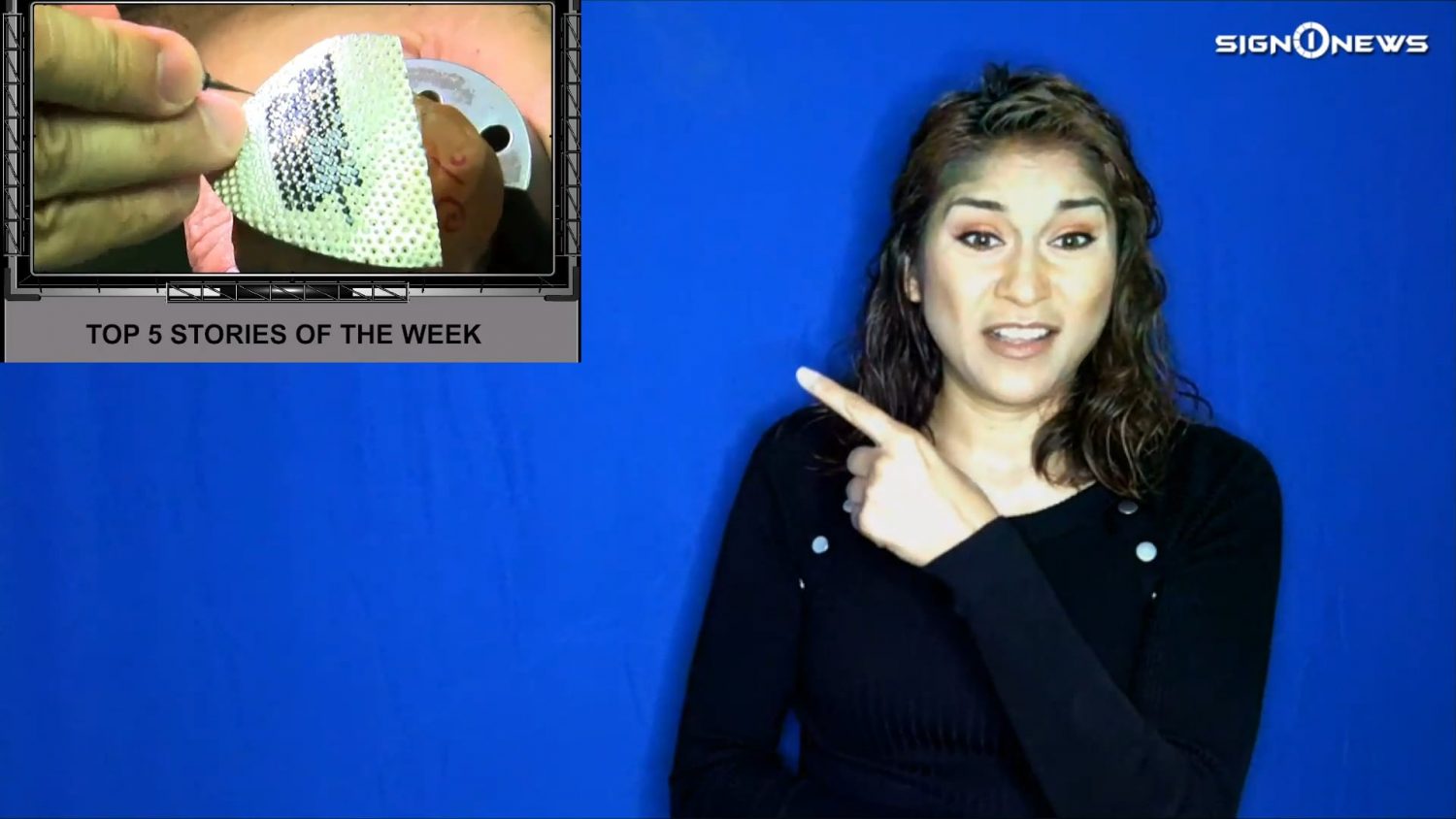 Here’s a quick recap of the Top 5 funny, inspiring or quirky stories you may have missed this week.

Check out this facemask covered in bling-bling!

The customer had three demands: the mask must be completed by the end of the year, it must be fitted with top rated N-99 filters and it must be the most expensive mask in the world.

Well with a price tag of $1.5 million it sounds like this dude is going to get exactly what he’s looking for.

Homecomings don’t get much more heartfelt than this.

Taija Lynn Horne was understandably panicked when her SUV was stolen in Arlington, Texas.

Inside the vehicle was her dog Charlotte.

Charlotte is a 10-year-old therapy dog.

She was so distraught she offered a $7,500 reward for Charlotte’s return.

But that wasn’t necessary because police found the SUV and a wagging-tail Charlotte safely in it.

Horne was reunited with her best friend who can now go back to helping veterans and first responders.

A big mistake by President Trump ended up earning big dollars for the National Museum of American Jewish history.

He pronounced it “Yo-Semite” not once, but twice.

As it turns out the museum had been selling a T-shirt that reads “Yo-Semite since 2011.

The shirt has always been a popular item.

But after Trump’s mispronunciation, the museum says sales skyrocketed to the tune of $30,000 in one day.

The museum’s website also crashed due to the spike in traffic.

A critically ill Covid patient was able to marry his fiancée this week while still inside a Texas hospital.

The nurses at the hospital came up with the idea for Carlos Munoz and his girlfriend Grace.

As you can see the couple happily accepted and tied the knot from Carlos’s bedside.

One nurse said the wedding seem to give Carlos fight.

She’s noticed a positive change in him already.

And finally considering what everyone’s been going through these past few months, we could all use a good laugh.

It activates the abdominal muscles and releases feel-good endorphins.

So go ahead and tell your family and friends a good joke today and hopefully it will make them laugh.