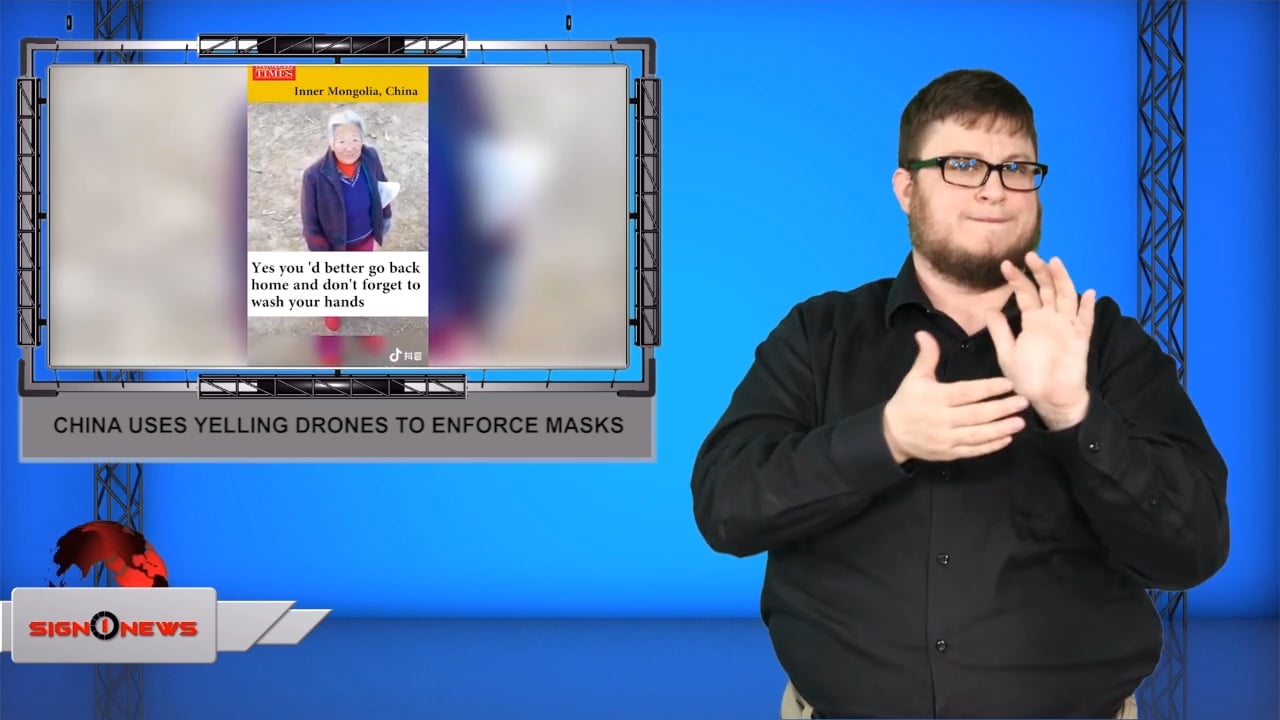 Chinese state-run agency “Global Times” released this video yesterday showing a drone with speakers scolding an elderly woman because she was not wearing a protective mask while outdoors.

Villages and cities in China have resorted to flying drones to patrol streets and yell at people for not wearing masks amid the coronavirus outbreak.

One drone was even seen chasing a child down the street.

No surprise: the video has gone viral on Chinese social media.

The technique is also being praised as a creative and efficient way to raise awareness about the virus.

Local agencies have also been posting slogans around town in an effort to get people to stay at home and avoid gathering together during the epidemic.

As of today, at least twenty countries are now feeling the impacts of the Wuhan coronavirus.

More than 200 people have died and nearly 10,000 others are infected in mainland China.

There are 8 confirmed cases in the United States.