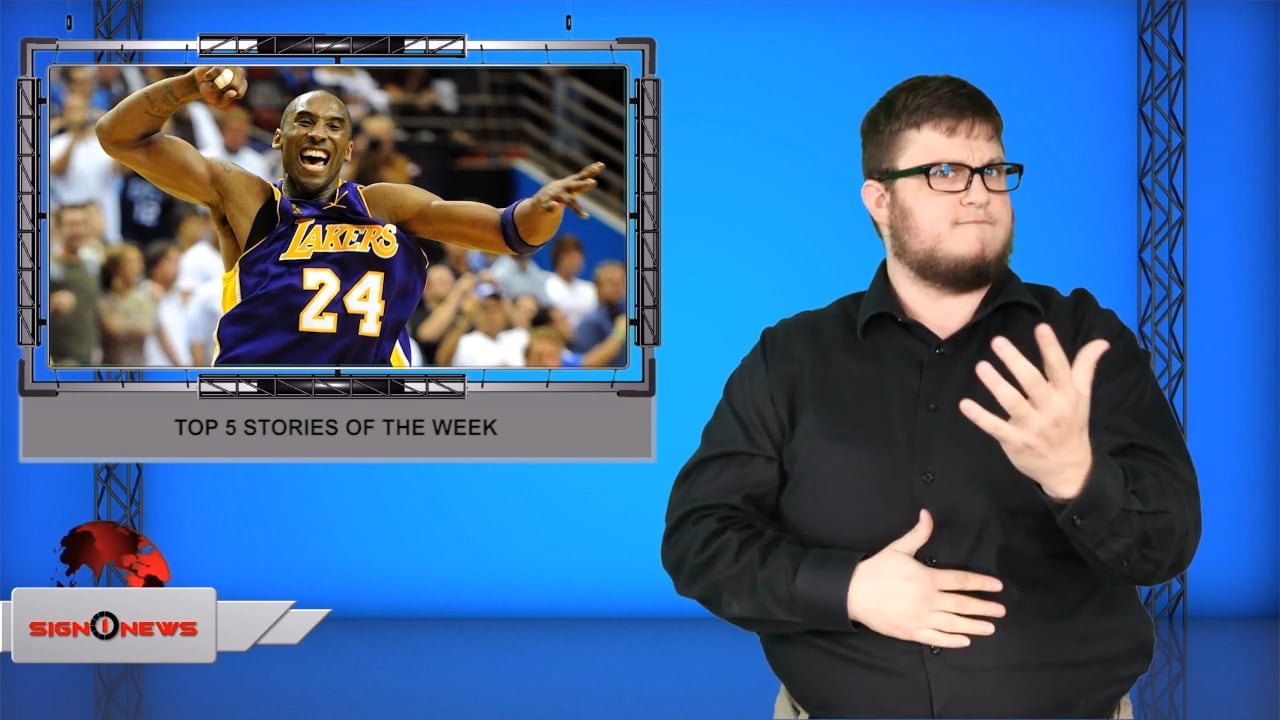 Here is a quick recap of the top five Sign1News stories this week.

Two stories have dominated the headlines.

The tragic death of NBA legend Kobe Bryant and eight others in a helicopter crash is one of them.

Tributes continue to pour in from around the world, Nike has sold out every Kobe Bryant item its inventory and the petition to have the NBA logo changed to Bryant’s silhouette has garnered over 3 million signatures.

The goal was 100 signatures.

The global outbreak of the coronavirus has people going to extremes just to get more information.

The videogame company Ndemic Creations had to urge people playing its realistic disease game “Plague, Inc.” to stop going to the app to learn more about how the disease is spread.

A draft of former national security advisor John Bolton’s bombshell book describing the details of the infamous Ukraine call with President Trump was leaked in the middle of his impeachment trial.

Many people thought the contents of the book would change the course of the trial.

Senators voted not to call for witnesses or documents during the trial.

Twenty-year-old Tennessee man Spencer Boston had the gall to light up a marijuana cigarette while in court on a marijuana charge.

He managed to get a couple of quick inhales in before he was detained and escorted out of the courtroom.

The fried chicken chain Popeyes released a line of new employee uniforms and some people are scratching their heads because of its striking similarities to a new line from Beyonce’s clothing line, Ivy Park.

Both highlight the same color scheme, maroon and orange.

Popeyes calls its line “That look from Popeyes.”

It’s a play on the chain’s slogan “Love that chicken from Popeyes.”