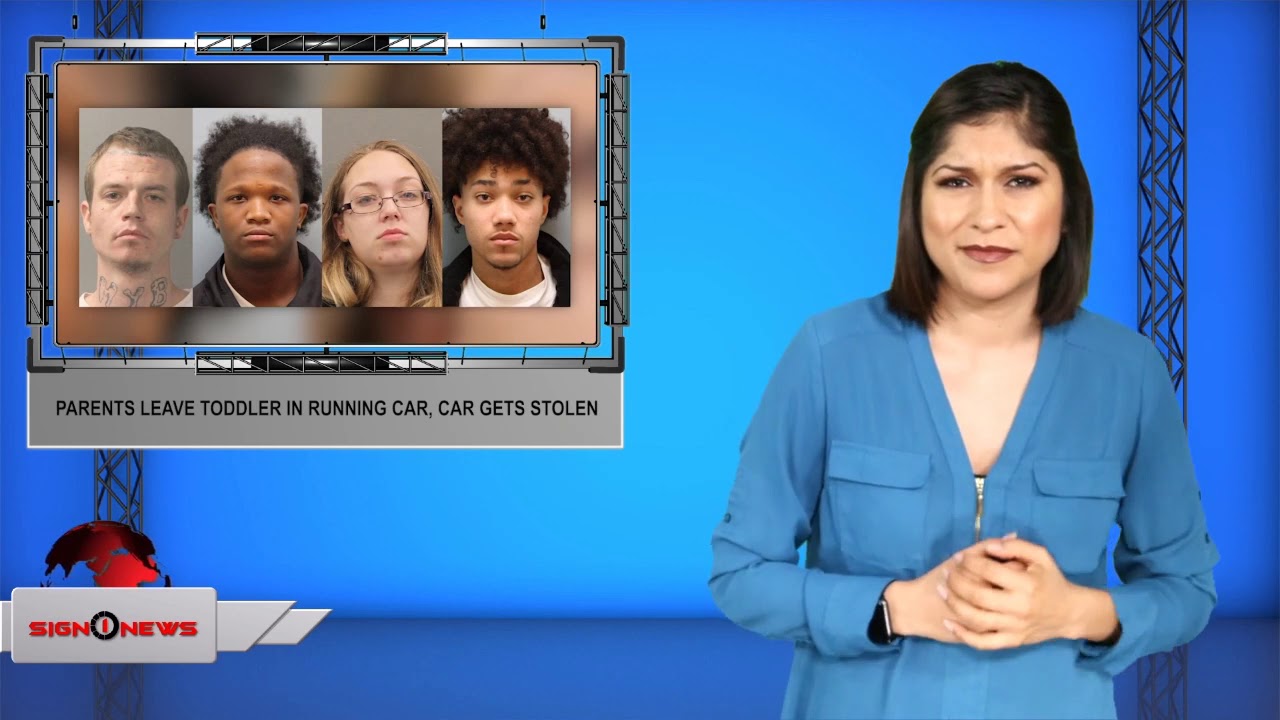 On Sunday night, the parents of a 16-month-old left their child alone in a running unlocked car a lot as they gambled in Texas.

Two men, 19-year-old Vincent Leon Cannady and 18-year-old Jabari Jonathan Davis, were arrested for allegedly stealing the car with the infant in the backseat.

And the child’s parents, Kimberly Cook, 21, and Anthony Blue, 29, were charged with child abandonment.

The mugshots show Blue, Cannady, Cook and Davis, in that order.

According to a statement from the Harris County Sheriff’s Office Cook and Blue went to a gas station in Humble, Texas to play electronic gambling games.

Cook and Blue would periodically check in on the infant as the child slept in the running unlocked car.

The statement alleges that Cannady and Davis saw the unlocked running car and stole it.

Just after midnight, Cook and Blue discovered their car missing.

Police say Cannady and Davis left the child in a parking lot at a park.

The Houston Police Department was called after a park ranger found the toddler shivering at a park.

Authorities say the child was transported to a local hospital and is in “good condition.”

Police spotted the car a short time later, which led to the arrest of Cannady and Davis who face charges of auto theft and felony kidnapping.