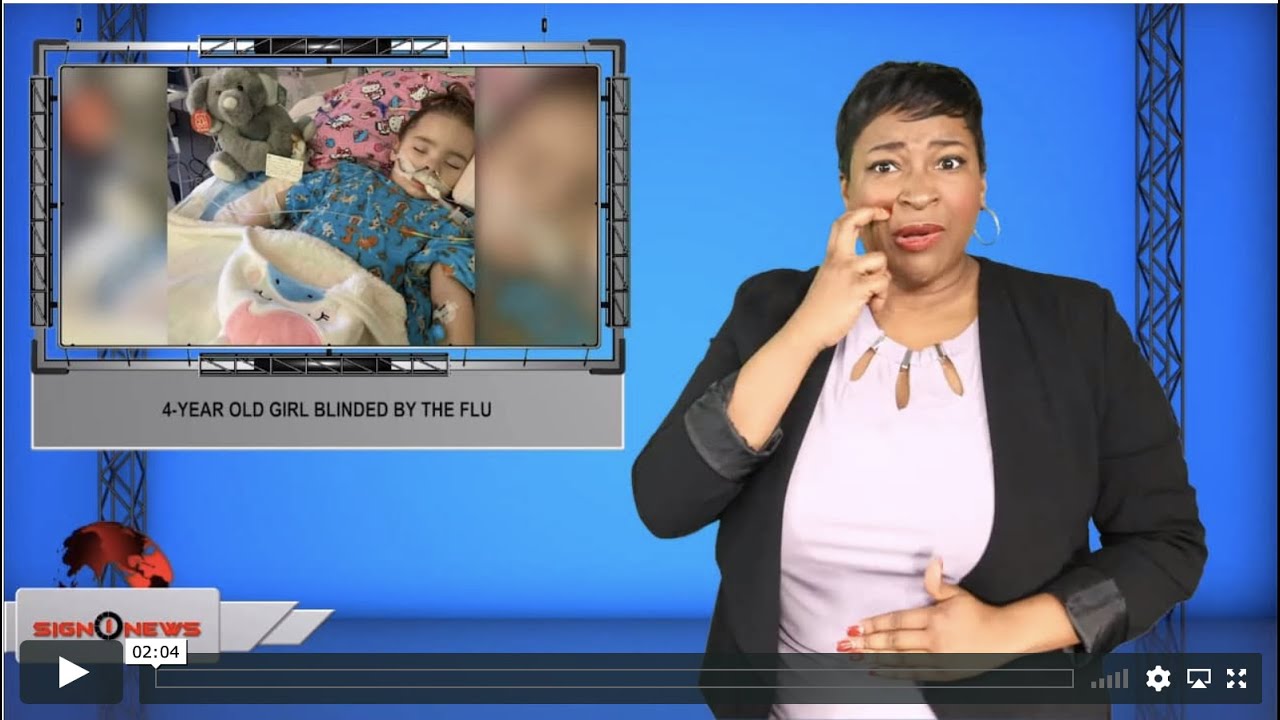 The parents of a four-year-old girl in Iowa say their daughter nearly died and is now blind because of the flu.

Doctor say Jade DeLucia did not receive a flu shot this season, caught the flu a few days before Christmas and spent nearly 2 weeks in intensive care.

The little girl eventually improved, her breathing tube came out and she started sitting up and eating.

But her parents and doctors noticed that when they put her favorite stuffed animal in front of her, she didn’t look at it.

When they threw a little ball, Jade didn’t watch it as it went up in the air.

An ophthalmologist came in and examined Jade’s eyes.

The problem wasn’t with her eyes.

It was her brain which had suffered encephalopathy because of the flu.

Doctors aren’t sure Jade will ever get her sight back.

And she might also have developmental problems such as learning disabilities.

Jade’s parents have started a GoFundMe page to help with the mounting medical bills.