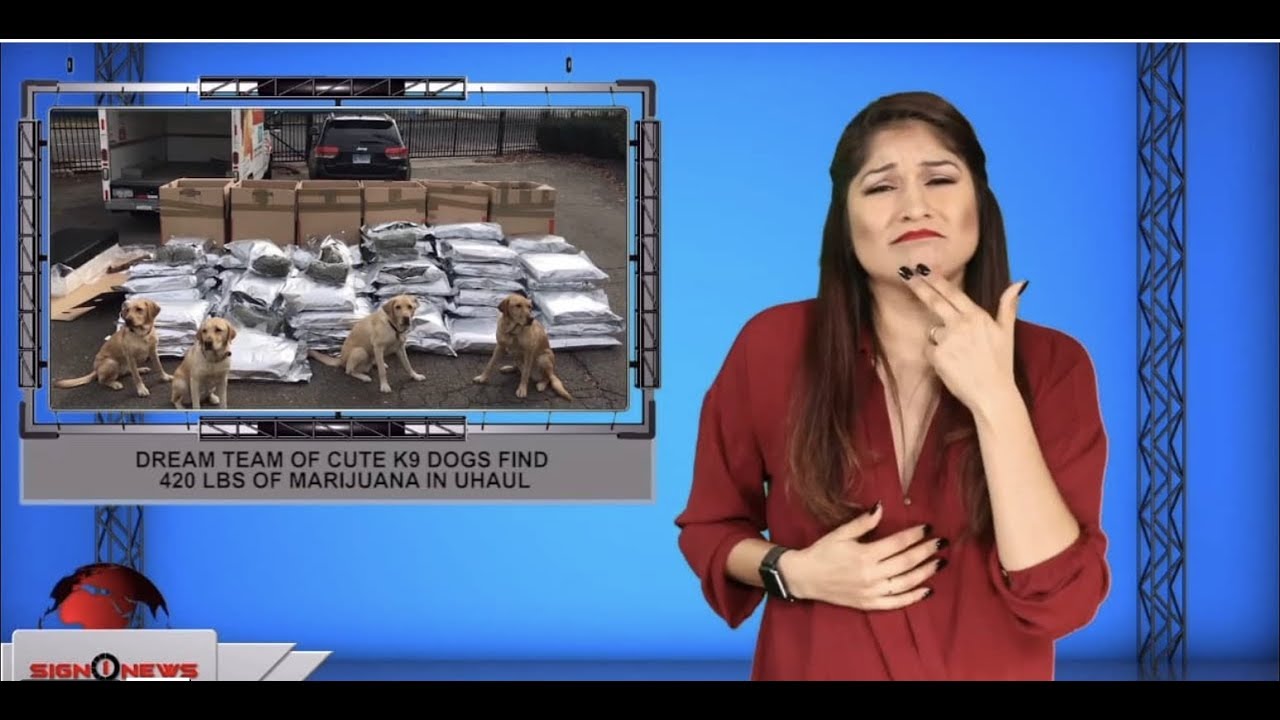 A big drug bust was made in Connecticut thanks to a dream team of cute drug sniffing K-9’s who did their job well.

State police say on Friday they stopped a U-Haul truck on I-95 in Darien and found 420 pounds of marijuana.

You heard right, 420 pounds of marijuana!

State police tweeted “Something didn’t smell right, the big dogs were called in.”

The dogs are part of the statewide narcotics task force.

They snapped this picture of the four dogs sitting next to the piles of bags of marijuana.

The driver and passenger are under arrest.

The suspects are charged with possession of marijuana with intent to sell.