Facebook researches letting you type with your mind (ASL – 7.30.19) 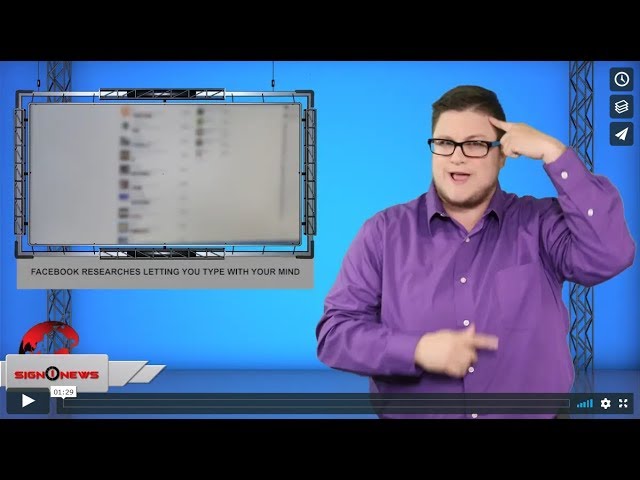 Two years ago Facebook announced it was working with several universities on a project to see if people could type words directly into a computer by just using their brains without requiring surgery.

On Tuesday a study was published the showed researchers could instantly see a word or phrase that a participant was thinking, as long as it was a response to a limited set of questions.

Researchers admit translating what happens inside the brain is hard and doing it immediately with accuracy is even harder.

But they believe the results of the study could eventually help people who have lost the ability to speak.

Researchers say it may take years for them to figure out how to make it all work.

But if it does, it could help a wide range of people, from those who have lost the ability to speak due to brain injury to people who simply want to control a computer or send a message with their mind.