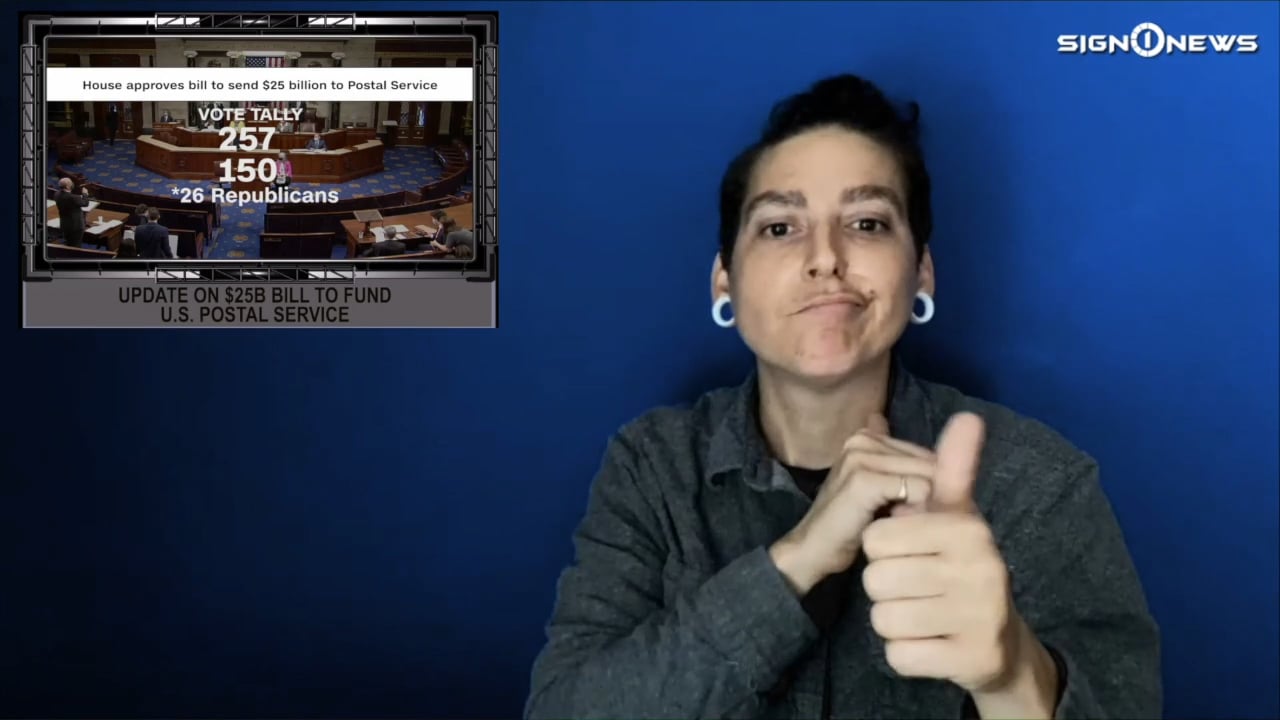 Their goal? To make sure the post office can handle the November election.

In a vote 257-150, a $25 billion bill was passed that would give the USPS more money and reverse any changes that have happened since the beginning of the year.

They say a new internal USPS document shows Postal Service declines and delays since the beginning of July.

As expected the House gave the bill the green light.

But it’s expected to come to a halt once it hits a Republican-led Senate.

The sticking point for Republicans on this bill was less about operational changes and more about the money.

But if they do get it, Republicans want assurances that the money will be spent where Americans needed most: prioritizing medical deliveries and ballots for the November election.

House Speaker Nancy Pelosi says the USPS board of governors said they did need the money.

Either way President Trump has already made it clear he’s not on board.

He called the bill a hoax by the Democrats.

And shortly after the vote, Senate Majority Leader Mitch McConnell sent out a memo that said the Senate won’t even consider a “piecemeal postal bill without a dime to help struggling families.”

And neither will the President.