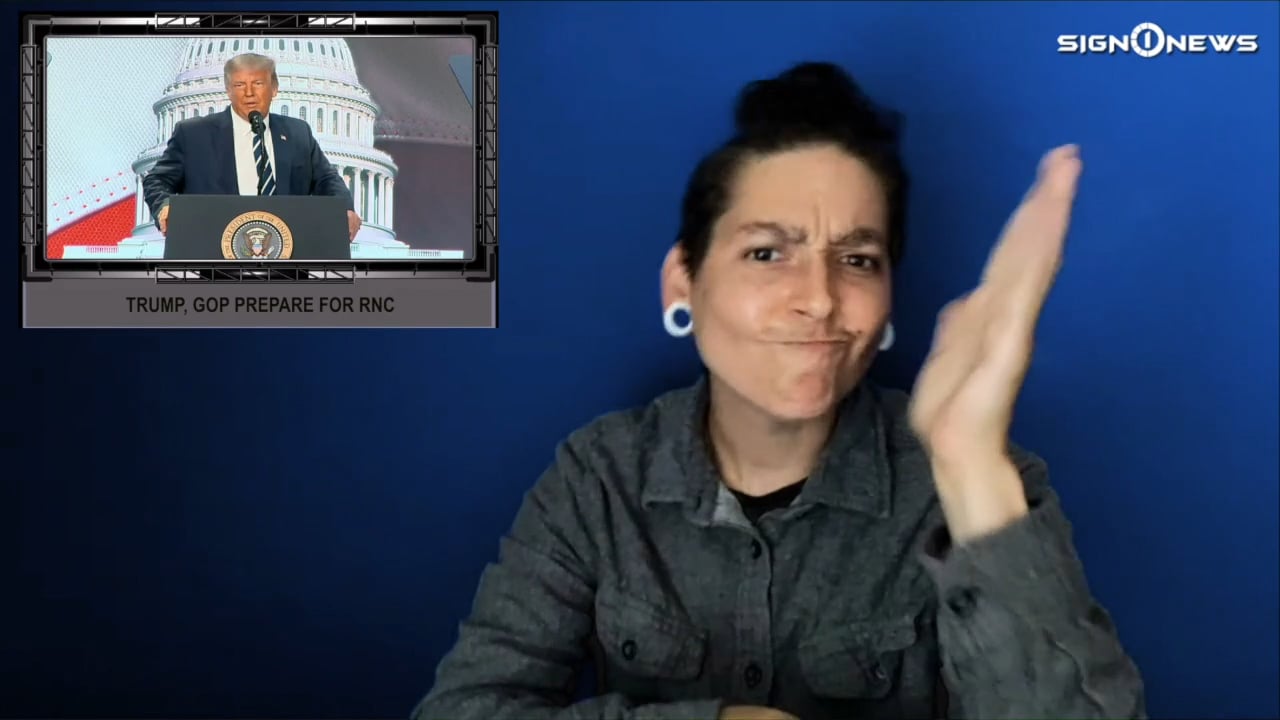 President Trump is hoping to put on a show at the Republican National Convention this week in Charlotte, North Carolina.

He will now get his chance to make the case to American voters why he should be reelected for president.

Republicans have been keeping a lot of their planning under wraps but Sign1News has learned more details as to what voters can expect from the convention starting Monday night.

First and foremost Trump has made it clear to his campaign that he wants to outdo the performance Democrats put on with their convention last week.

He wants a live audience responding to speeches, not a virtual one like the Democrats.

He is inviting people to the White House to be there Thursday night when he delivers his acceptance speech.

The list of speakers this week include First Lady Melania Trump who will speak from the White House Rose Garden.

Vice President Mike Pence will travel to Baltimore and speak at Fort McHenry.

Also scheduled to speak are the McCloskey’s.

They have the couple from St. Louis that challenged Black Lives Matter protesters with guns out in front of their home.

And Nick Sandmann is slated to speak this week.

He is the young student from Covington Catholic school who was involved with the viral image showing him attempting to diffuse a confrontation with Native Americans on the National Mall during the March for Life rally in February 2019.

Additional footage later reveal Sandmann and his fellow classmates were the ones being harassed.

Sandmann received hundreds of millions of dollars from defamation lawsuits.