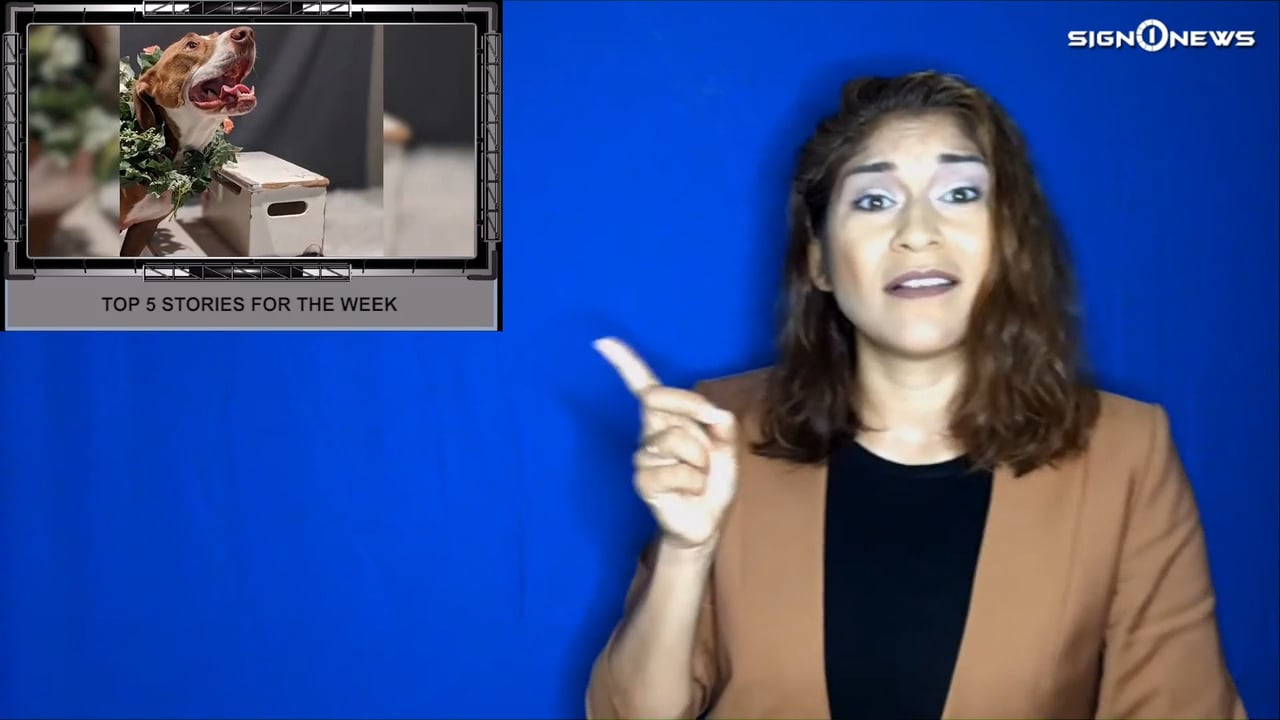 Here’s a quick recap of the top 5 inspiring, funny and quirky stories you may have missed this week.

We all want to protect our loved ones from the coronavirus.

Well children are no exception.

10-year-old Anthony Hernandez lives in rural Ecuador and he puts a mask on his dog before taking him out.

Pictures of Anthony and his dog Gudi have gone viral.

Now Anthony wants to spread the word: everyone should wear a mask to stop Covid 19.

Jazz was surrendered to the shelter for no fault of her own.

The staff decided to treat her like a queen, draping her neck with a lei of flowers, a beige lace ribbon is wrapped around her belly and a sign next to her says “Puppies Coming Soon.”

The staff says Jazz’s pups won’t be up for adoption until they’re born later this month.

Then the family, mother Jazz included, will need forever homes.

The network says Tyson will square off underwater against a shark in the name of research.

The special is billed as “Tyson versus Jaws: Rumble on the Reef.”

A promo shows him lifting weights, breaking a surfboard, knocking down a shark cage and trying to blow up an inflatable raft.

There’s no word on exactly how Tyson and the shark will interact or what this face-off will entail.

But the network says no sharks were injured.

The special airs on the first day of Shark Week Sunday, August 9.

Greece has opened its first underwater museum where divers can explore one of the oldest shipwrecks in the world.

It’s called the “Parthenon of Shipwrecks.”

The ship Peristera sank in the Aegean Sea around 500 BC.

It’s now off the coast of Alonnisos and certified divers can visit the archaeological site.

And finally here’s an update on a story be told about last year.

Coca-Cola is debuting “Coke With Coffee” next year.

It will combine regular Coke with Brazilian coffee.

And it comes in three flavors: dark blend, vanilla and caramel.

The drinks will have double the caffeine of regular Coke.

If you recall Coke launched “Coca-Cola Blak” a product with coffee 14 years ago.

But it was discontinued two years later.

The company said the timing then wasn’t right but they believe consumer’s taste have changed and they are ready for Coke With Coffee.

I wouldn’t mind trying it.