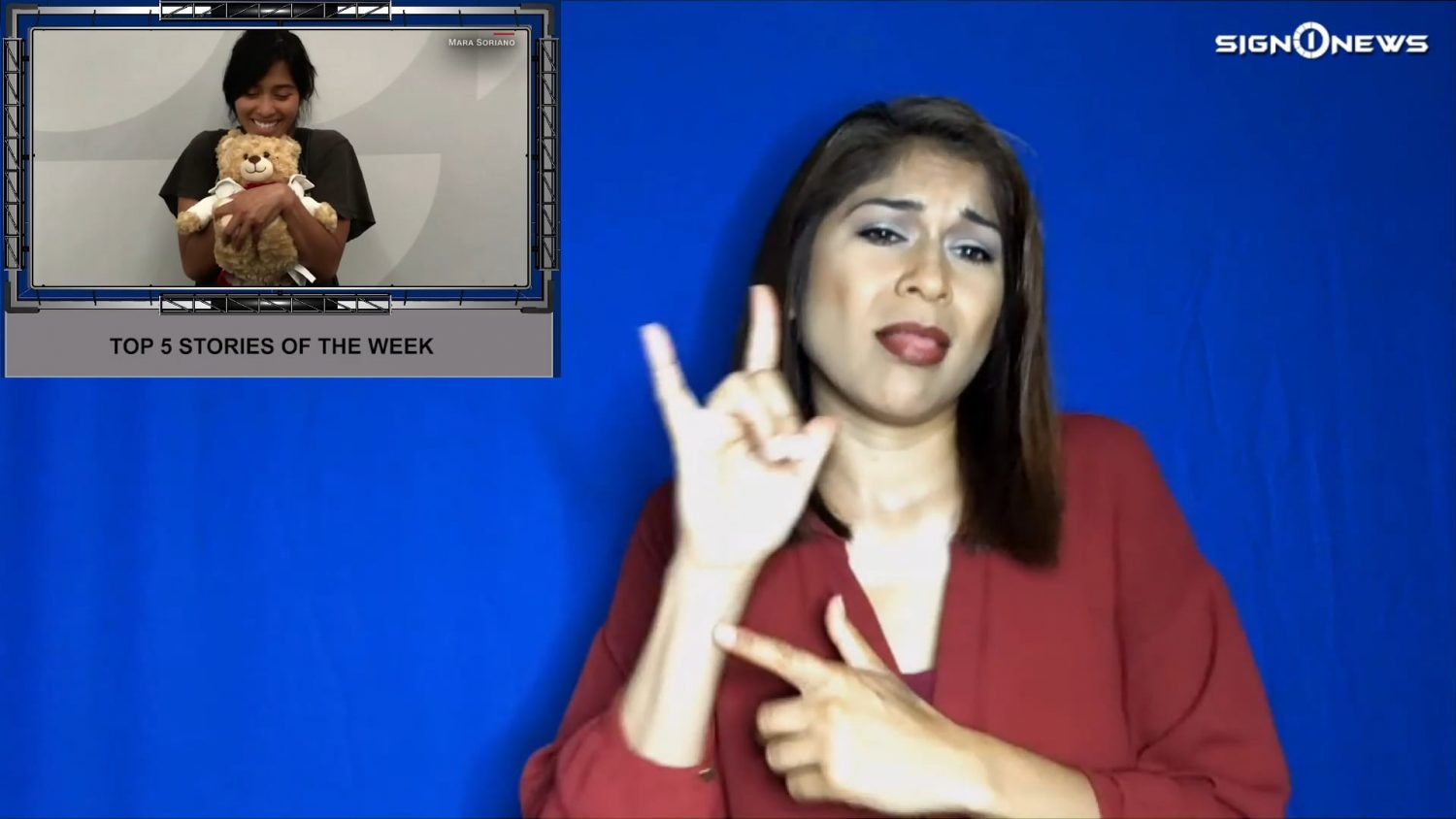 Here’s a quick recap of the top five uplifting, funny and inspiring stories you may have missed this week.

We began with a happy update to a story we told you about this week.

Vancouver resident Mara Soriano was distraught what her backpack was stolen because it contained a teddy bear that played an audio recording of her late mother’s voice saying “I love you” in Filipino.

Soriano says she never thought she would see that bear again.

But the story of the bear’s theft quickly went viral on social media.

The city is under “orange alert,” meaning high coronavirus infection rates require establishments with outdoor seating to operate at a 40% capacity.

The bakery is using the bears to ensure proper social distancing.

A Vermont man who lost a prosthetic leg while skydiving got the leg back and made a new skydiving buddy!

Chris Marckres says the leg slipped off during a 10,000 foot tandem jump, his very first skydive.

After posting a reward offer on social media, roughly a hundred people came out to help them search the area.

But it was a local farmer who found it in his soybean field.

Once returned, the farmer accepted the reward under one condition: that the two go skydiving together soon.

On Tuesday the shoe company Crocs released a limited edition shoe that smells like fried chicken.

I am not joking!

The KFCX Crocs resemble buckets of fried chicken and come with drumstick charms that actually smell like chicken.

The chicken crocs cost $59.99 and they sold out within minutes!

But now some of the shoes are being resold online for triple that amount.

And finally this is 16-year-old Kendall Kemm swinging a golf club for the first time since losing the use of her left hand.

Kemm suffered a stroke six years ago when she was just 10 years old.

But last Sunday she went to a driving range to whack some balls around for the first time since then.

The video, taken by her mom, quickly went viral.

The video was even shown on ESPN and professional golfers from all over the world offered her golf tips.

Kemm’s mother says all the attention has now piqued her daughter’s interest in learning more about the game of golf.