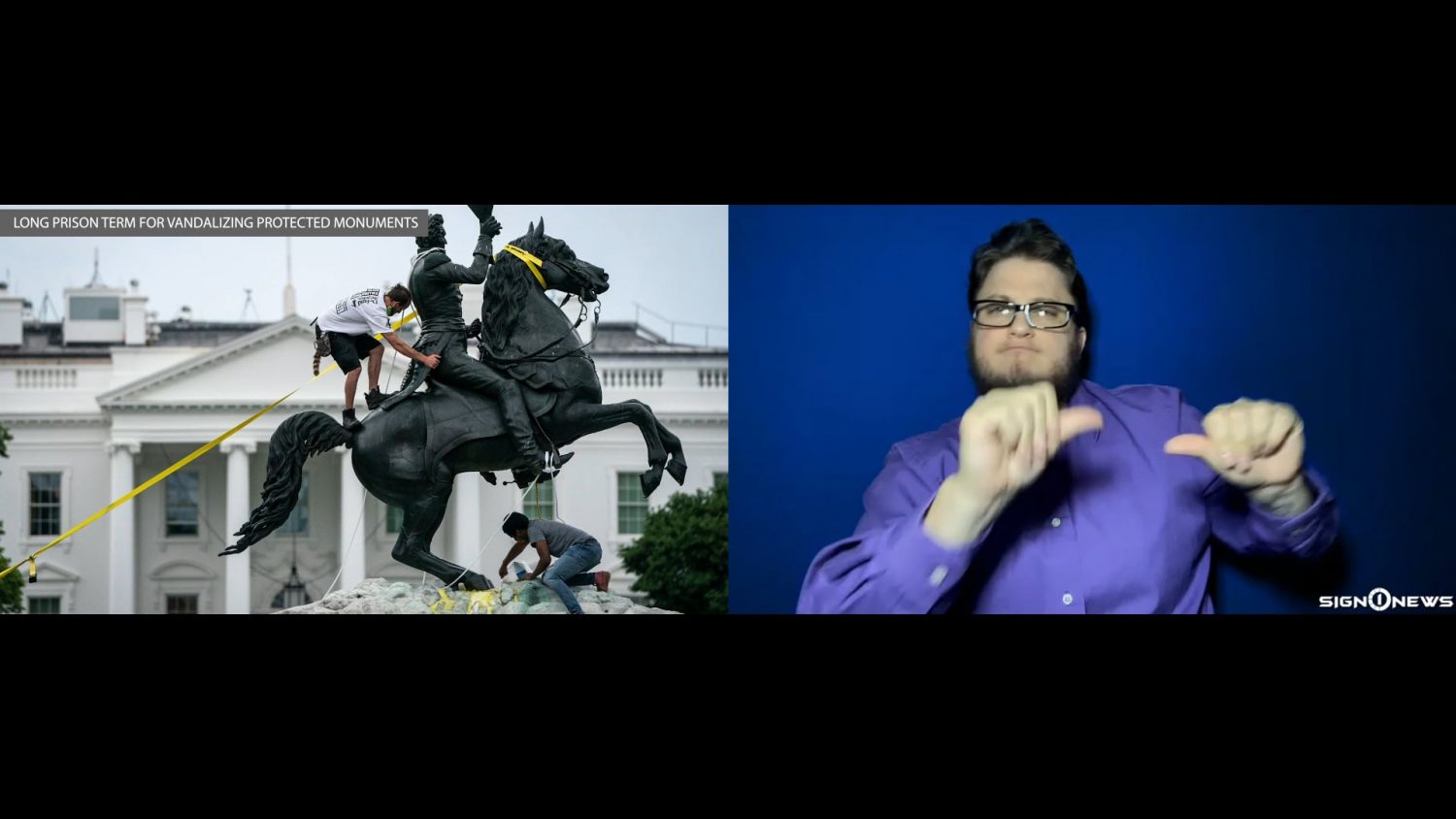 All week President Trump had been hinting that he would sign an executive order aimed at preserving historic monuments by the end of the week.

Trump has publicly condemned protesters who have torn down statues that are mostly associated with the Confederacy.

On Friday Trump tweeted he signed an executive order that calls for “long prison terms for those lawless acts against our great country.”

The text of the order has not been released so it’s not clear exactly what those penalties will be.

It is also not known how much it differs from the existing Veterans Memorial Preservation Act.

Trump had previously said he use that law to authorize federal agents to arrest anyone vandalizing monuments with a penalty of up to 10 years in prison.

The new order comes as many of Trump’s allies have reportedly pushed for the White House to take a stance on the racial issues fracturing the country.