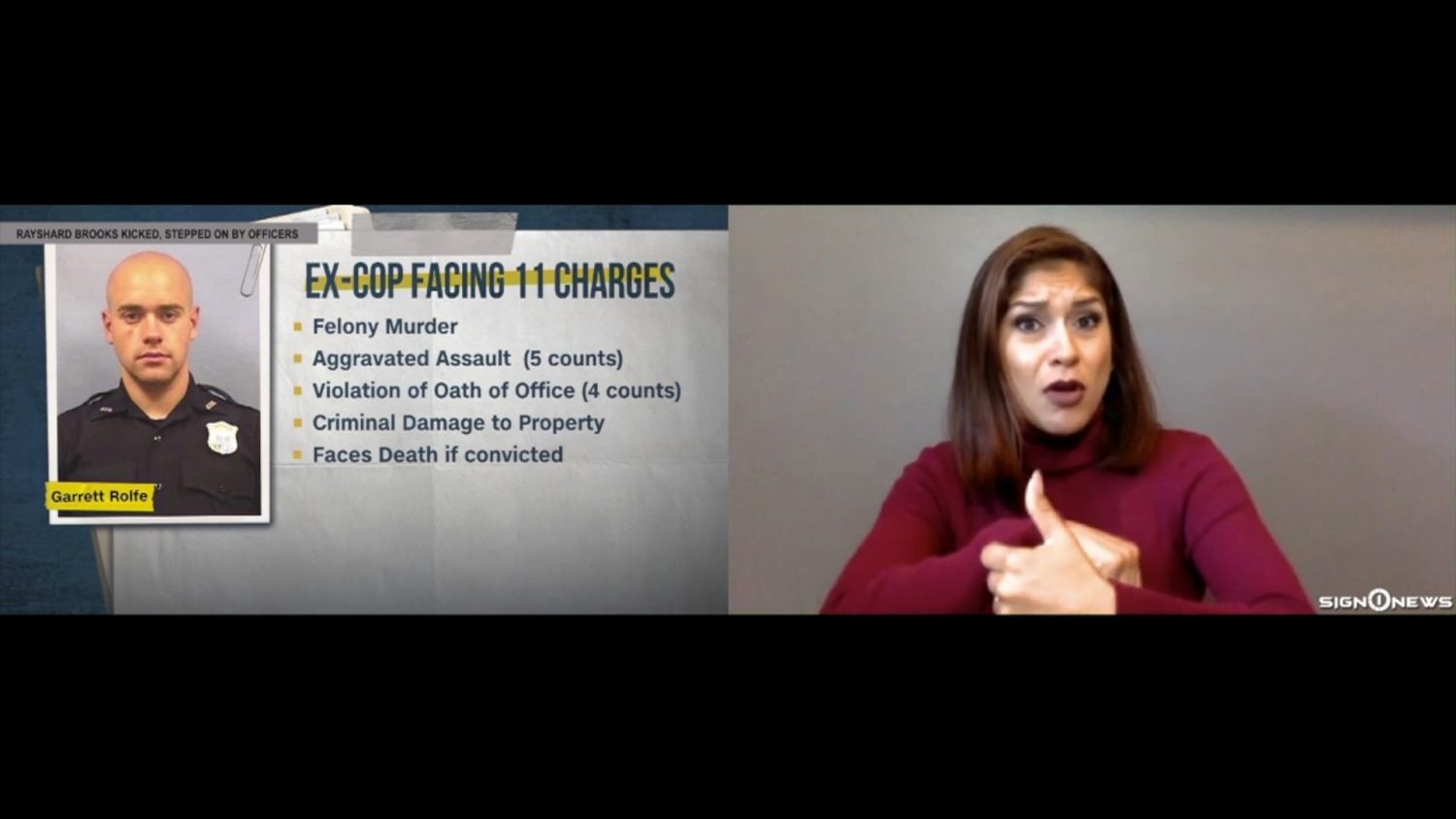 Last week Brooks was shot twice in the back during a confrontation with officers outside of an Atlanta Wendy’s.

A third shot fired by Rolfe hit a nearby vehicle.

Howard said Rolfe said “I got him” after shooting Brooks.

And that Rolfe’s fellow officer, Devin Brosnan, stood on Brooks’ body as he was lying on the ground.

The district attorney announced Rolfe is facing 11 charges with two of those charges being felony murder and aggravated assaults with a deadly weapon.

If convicted of the felony murder charge, he could face the death penalty.

Hours after the charges of the two officers were announced the Atlanta Police Department said in an usual number of officers called out sick from the late shift.

Atlanta Mayor Keisha Lance Bottoms said the city was still safely covered, and she hopes officers honor their commitment to protect and serve.