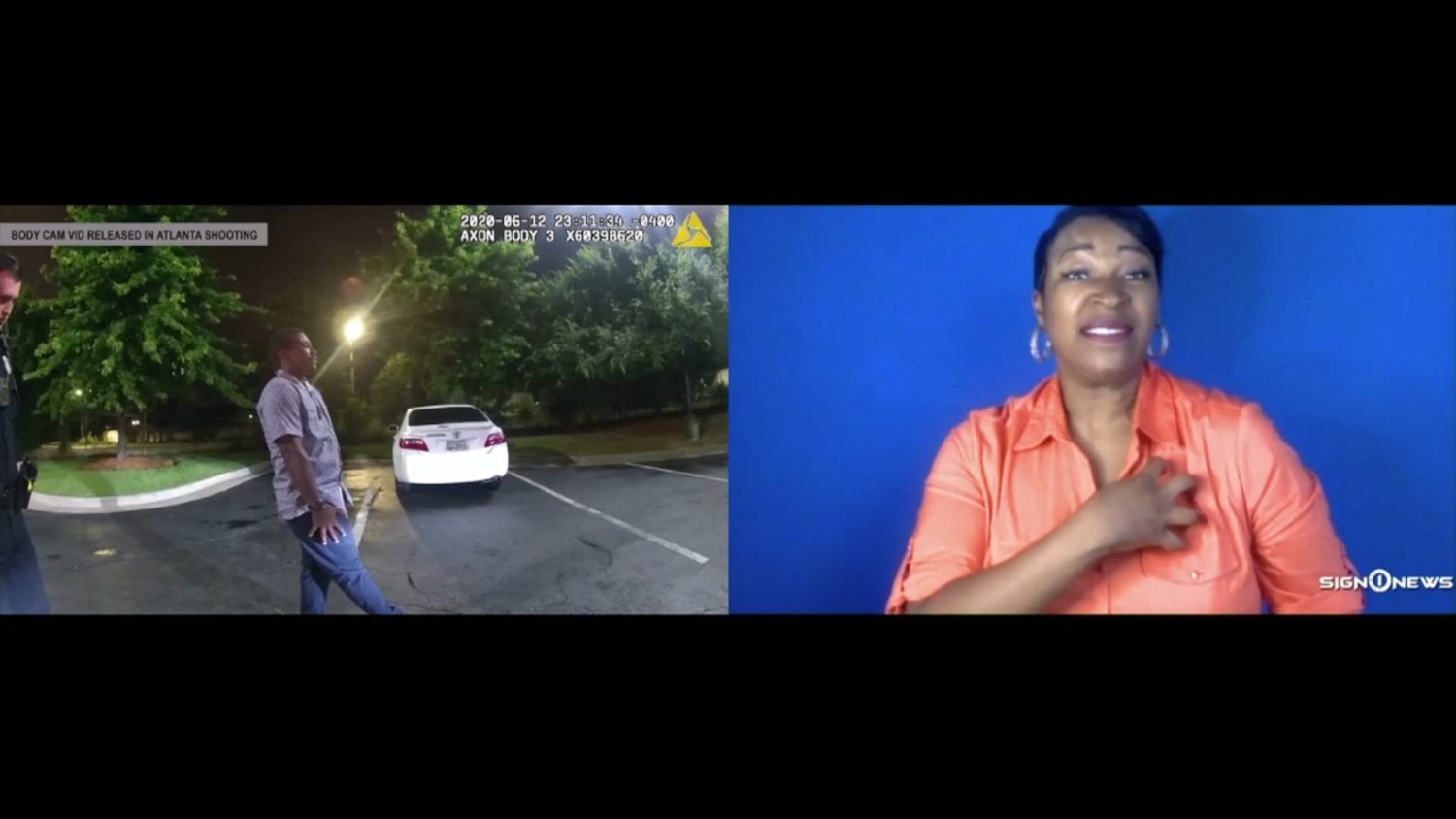 We want to warn you some viewers may find this video disturbing to watch.

But the video you’re seeing is edited.

Things start out calm as the two officers approach a car where Brooks is asleep at the wheel in a Wendy’s drive-thru.

The officers wake Brooks and ask him to move his car into a parking spot, which he does without any issues.

They do a field sobriety tests and the officers told Brooks he’s under arrest for driving under the influence (DUI).

Things escalate from there after Brooks refuses to be handcuffed.

There’s a scuffle and you can hear a taser being used.

It appears one of the officers loses their body camera, then you can hear shots fired off camera.

Brooks was shot and taken to the hospital where he was pronounced dead.

An autopsy report says that he was shot twice in the back.

One of the officers involved has been fired.

The other has been place on administrative leave.

But that’s not enough for Brooks’ wife who wants the officers in jail.

The district attorney says his office is weighing charges against the officers saying the officers first remarks after shooting Brooks were “I got him.”

A decision could come as early as Wednesday.

Saturday night the Wendy’s Brooks was killed at was set on fire.

There are conflicting media reports as to who started the fire.

Atlanta police are offering a 10-thousand dollar reward for information on whoever is responsible.