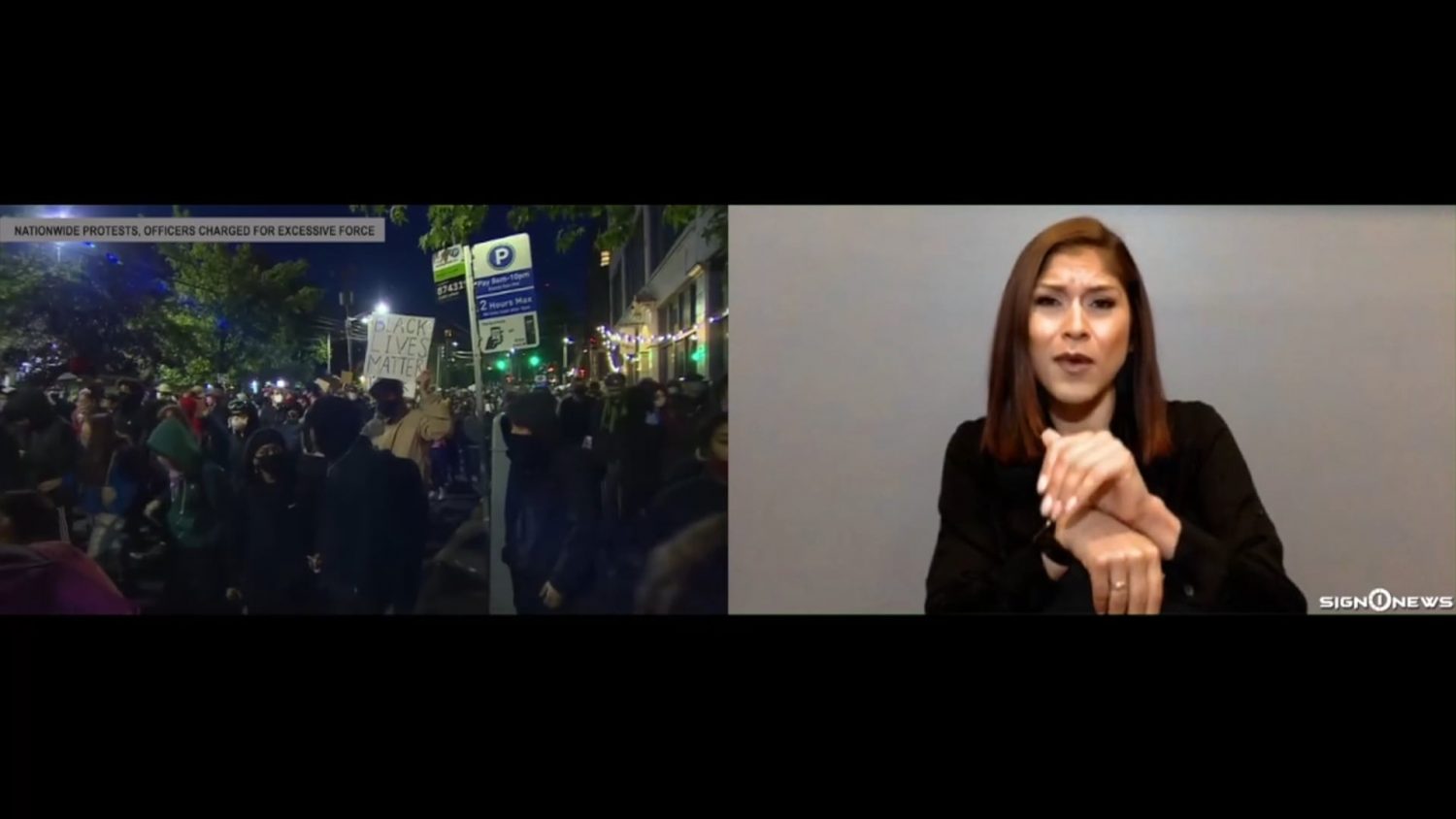 Last night was another night of protests, curfews and arrests in cities across the country.

They are all sparked by last week’s killing of George Floyd.

In Seattle protesters stayed late into the night and brought umbrellas to a protest to try to block crowd control chemicals.

In Los Angeles hundreds were arrested in an act of civil disobedience but it followed a day of mostly peaceful marches throughout the city.

The mayor of Los Angeles met with protesters outside City Hall and acknowledged that work needs to be done on race relations but sees hope in the calls for justice.

In Chicago people gathered peacefully outside Wrigley Field for what a witness called “a block party” with protesters and police all coming together.

In New York thousands marched throughout the streets.

But not all confrontations ended peacefully.

There were a number of arrests in New York for violating curfew.

And in Atlanta the National Guard and police used tear gas to disperse crowds.

Also in Atlanta we have an update to a story we told you about earlier this week.

We want to warn you some viewers may find this video disturbing.

The officers were caught on video in downtown Atlanta breaking the windows of the vehicle, yanking a woman out of the car and tasing a man.

The two victims were later identified as Taniyah Pilgrim and Messiah Young.

Young has a broken arm and wrist.

He also had to get 24 stitches.

Tuesday Young the Pilgrim spoke out about their experience at a news conference.