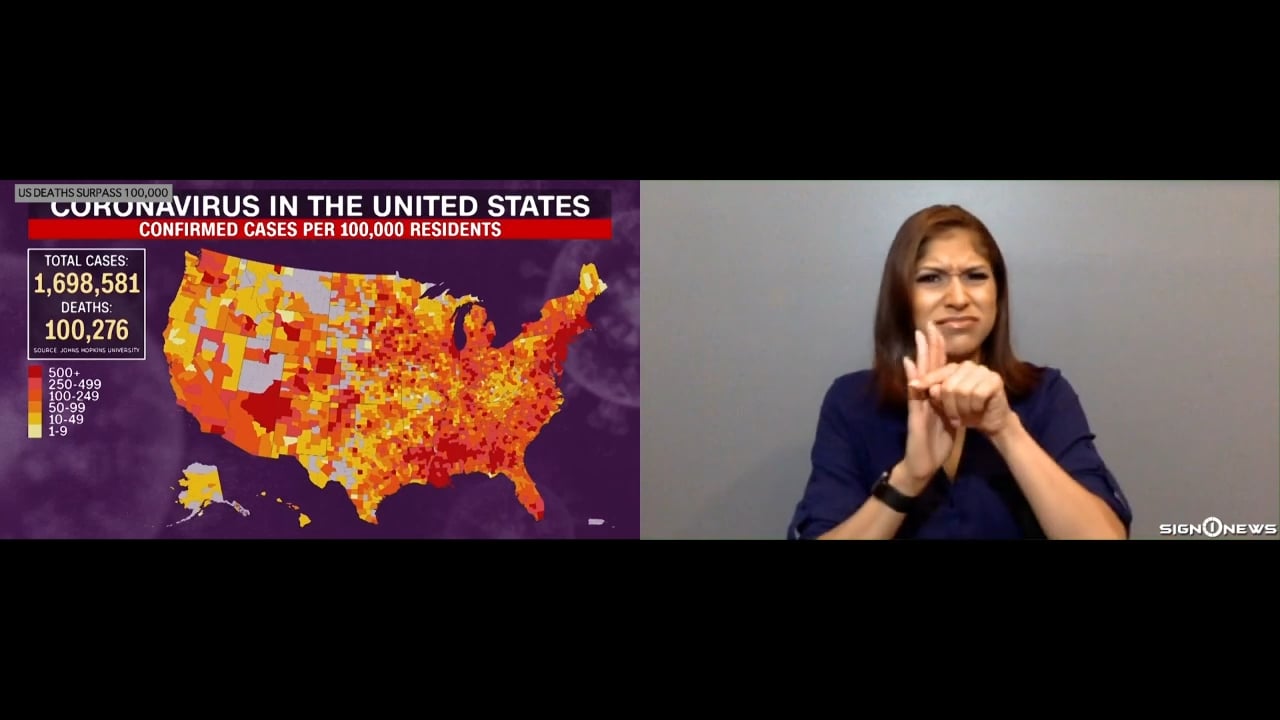 According to Johns Hopkins University, in less than four months the coronavirus has now killed more than 100-thousand people in the US.

That is nearly twice the number of Americans killed during the entire Vietnam war.

It represents an average of nearly 900 Americans killed every day by the virus since early February.

Even then the numbers may not paint a complete picture of the damage since some victims, like those who die in their homes and not in a hospital, might never have been tested for the virus.

And states still don’t agree on how to report deaths.

Infectious disease experts say it’s almost certain we will see a second surge of the virus when summer ends.

New case counts are now falling in states including Texas, Michigan and those hard-hit northeastern states.

But states including Alabama, Arkansas and West Virginia are seeing a rise in new cases.

New cases are also still creeping up in California where Los Angeles County just unveiled a possible plan for schools to reopen this fall.

The guidelines include staggered start times, everyone wearing masks and teachers, not students, moving between classrooms.