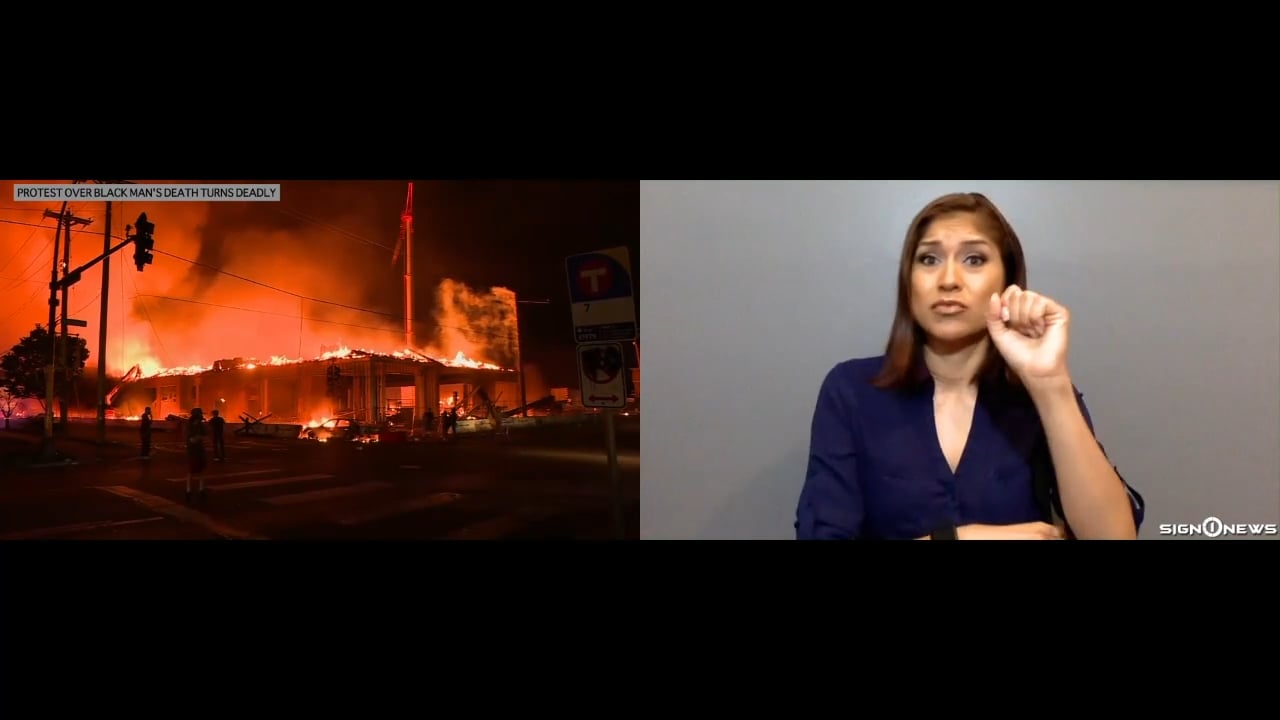 Wednesday night one person was shot and killed during a looting after protests continued in Minneapolis over the death of 46-year-old black man George Floyd.

A suspect is in custody.

According to Minnesota’s governor the protests were extremely peaceful but turned “extremely dangerous.”

The protests turned to widespread looting and structure fires.

Crowds of protesters clashed with police, who fired back with tear gas and rubber bullets.

The city of Minneapolis has requested support from the Minnesota National Guard.

We want to warn you that some viewers may find this next video disturbing.

Floyd died after pleading for help as a white police officer pinned him to the ground with his knee on Floyd’s neck.

The incident which was captured on footage has sparked widespread outrage.

He died at a hospital a short time later.

Floyd’s official cause of death is “pending further investigation” by the county medical examiner.

This surveillance video obtained from a nearby restaurant showed the first contact officers had with Floyd.

One officer escorts him out a car, handcuffed and Floyd sits on the sidewalk.

Moments later the officer and another escort will Floyd away still with his hands behind his back.

The officers say they were responding to an alleged forgery in progress and were initially told the suspect was sitting on a car seemingly under the influence.

Police said Floyd physically resisted when he got out of the car and they placed him under arrest.

Bodycam video from the four officers hasn’t been released yet.