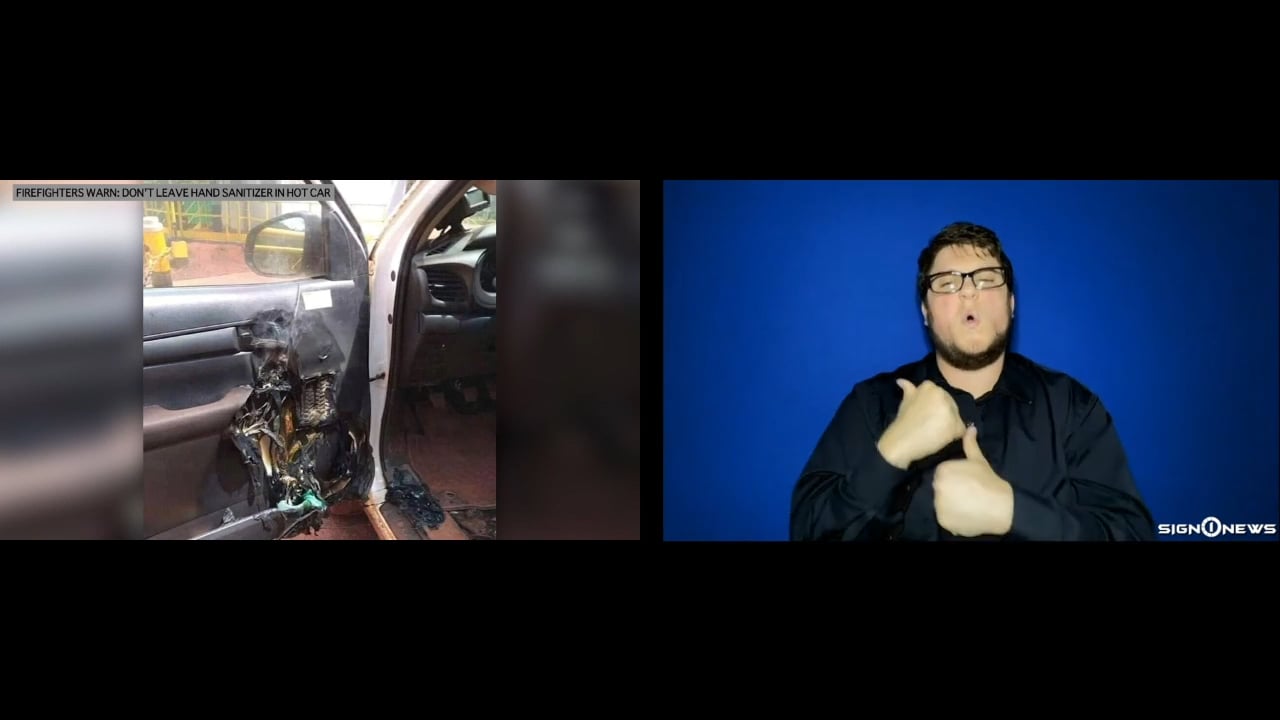 A Wisconsin fire department is warning people about the dangers of leaving hand sanitizer in their vehicles on a hot day.

Fire officials say keeping hand sanitizer in your car during hot weather and exposing it to sun could lead to disaster.

This is an image posting on Facebook showing a burned-out car door.

The Western Lake fire district explained that most hand sanitizers are alcohol-based which makes them flammable.

A fire could happen when direct sunlight causes a magnification of light through the bottle causing it to catch fire.

While the temperature in the car may only reach 160 degrees, concentrated light in the hand sanitizer bottle can reach 300 degrees.

The fire district also warned of the risk of leaving clear water bottles in cars on a warm day.

Fire officials say clear water bottles have been known to focus light to the point that they boil the water inside and cause the bottle to explode.