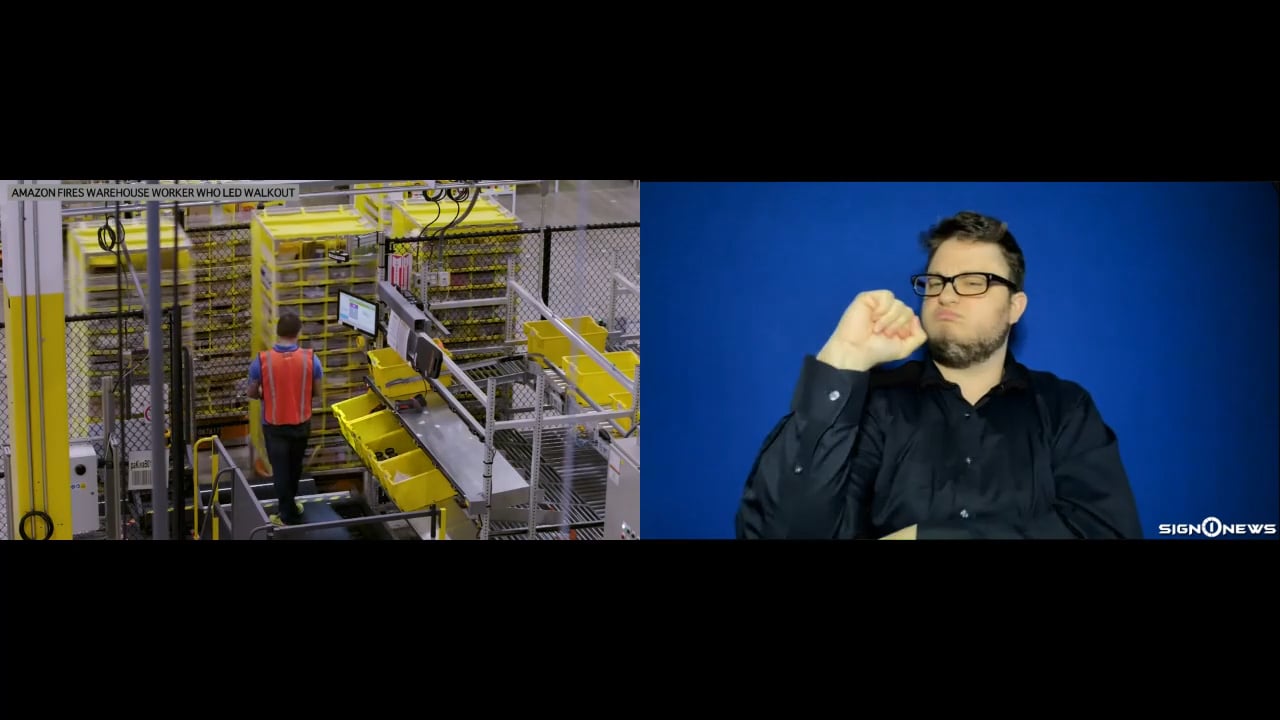 On Monday Amazon fired an employee who led a walkout of the company’s Staten Island warehouse.

Amazon worker Christian Smalls led a walkout of more than a dozen workers to bring attention to the way managers are handling coronavirus.

Over the weekend Smalls appeared in the media saying he wanted Amazon to temporarily close the warehouse for deep cleaning after an employee there tested positive for COVID-19.

Amazon then fired him Monday after he appeared at the protest.

Smalls says he was fired because he brought attention to the situation.

Amazon claims Smalls was fired because he was on a 14-day paid leave after he had contact with the employee who tested positive.

The company says he put employees at risk by attending the walkout.