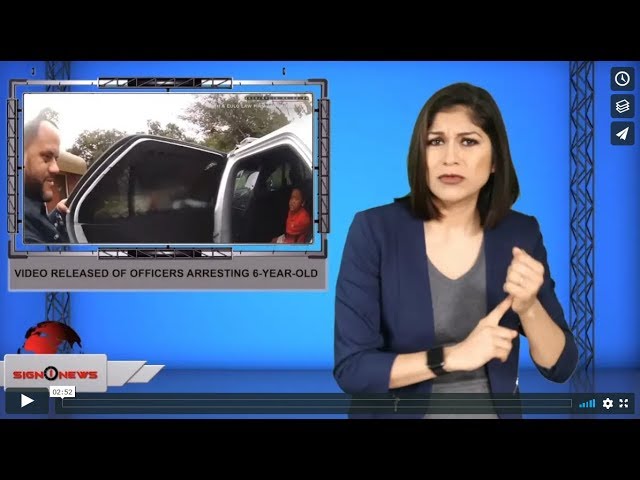 Back in September, two Orlando, Florida police officers arrested a 6-year-old girl for reportedly throwing a temper tantrum at school.

And on Tuesday attorneys for Kaia Rolle made these body camera videos public.

In the videos, the little girl cries and pleads for officers not to arrest her.

Her hands are restrained with a zip tie.

One officer responds “You can tell me what happened in the car, ok?” as he begins to walk her outside.

She is heard in the video begging the officers to give her a “second chance.”

Her sobs continue as she is placed in the back of the police vehicle.

At the time, the child’s grandmother said Kaia had been acting out because she was experiencing the side effects from sleep apnea, and that the school was already aware of the issue.

Shortly after the arrest, the Orlando Police Department apologized and fired one of the arresting officers.

They say the second officer actually raised concerns about the arrest but was never told not to proceed.

In a statement to CNN at the time Orlando police said, “The arrest of any person under the age of 12 requires the approval of the Watch Commander, which was not obtained in this case.”

The statement also said, “The the 6-year-old was released from custody and returned to the school prior to being processed at the Juvenile Assessment Center.”

CNN says they do not normally identify juveniles in such cases but the family has spoken openly about her.

Rolle’s attorneys say her family decided to release the video in part to rally support for a Florida bill that would raise the minimum age of arrest 12.