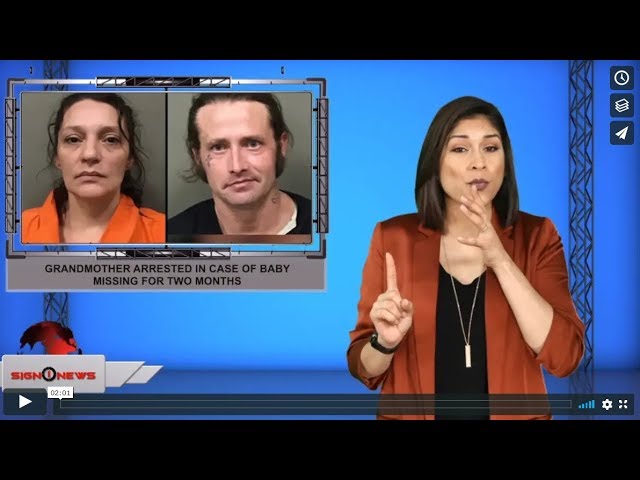 Authorities in Tennessee say 42-year-old Angela Boswell and 33-year-old William McCloud have been arrested and charged in connection with an Amber alert for 15-month-old Evelyn Boswell.

The baby was last seen in December but she wasn’t reported missing until this week by her grandfather.

Angela Boswell is the baby’s grandmother.

The baby’s mother Megan Boswell has been cooperating with police but she is given them conflicting stories.

Angela Boswell and William McCloud were arrested in North Carolina driving a car that had been reported stolen but the baby was not with them.

Both are being held in jail charged with theft.

The Tennessee Bureau of Investigations is asking anyone with information regarding the whereabouts of Evelyn to please contact the Sullivan County Sheriff’s office at the number listed here.