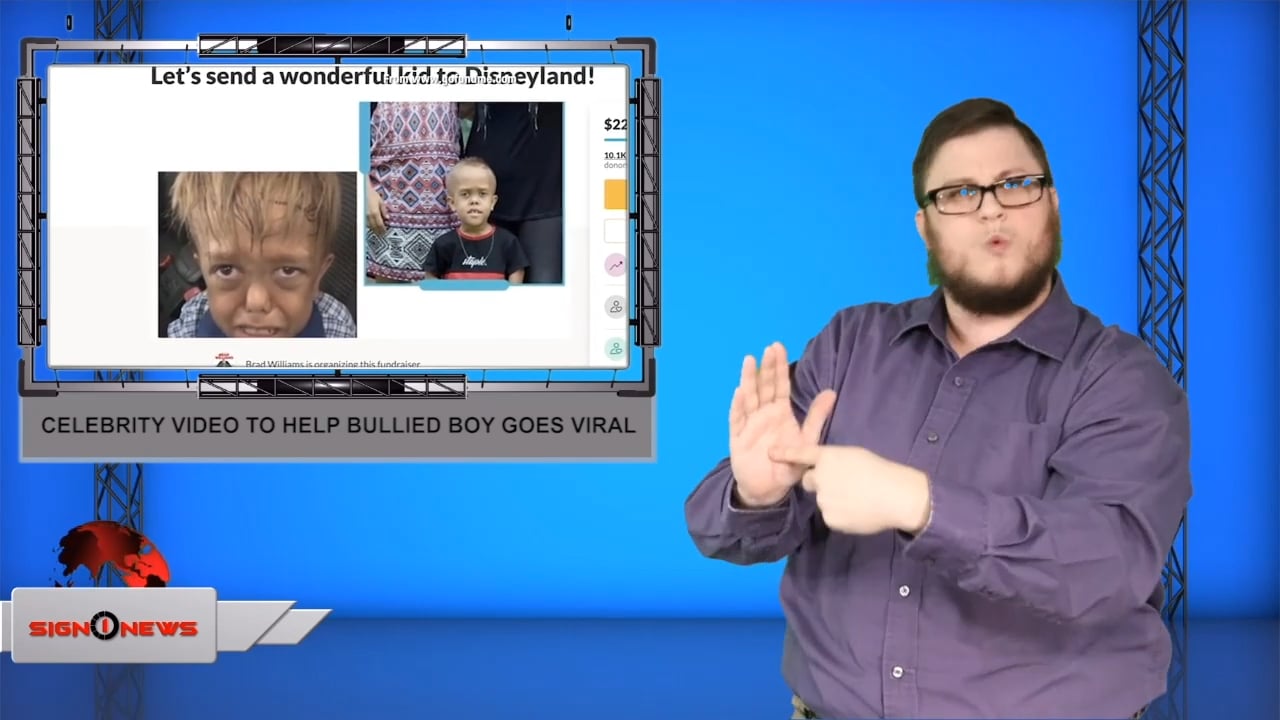 A viral video showing the impact of bullying has resulted in an outpouring of support for a young boy in Australia.

Nine-year-old Quaden Bayles lives with dwarfism and has been bullied repeatedly at school.

On Tuesday Quaden’s mother Yarraka Bayles posted a video on Facebook of him sobbing uncontrollably in the backseat saying to the camera “Give me a knife, I want to kill myself.”

His mother says he has attempted suicide in the past.

In the clip Bayles said “This is what bullying does. Can you please educate your children, your family, your friends?”

Since the clip was posted, it has been viewed 16 million times!

And it triggered a global outpouring of support including from actor Hugh Jackman who told Quaden “No matter what, you got a friend in me.”

American comedian Brad Williams, who also lives dwarfism, set up a GoFundMe page to send Quaden and his mother to Disneyland in California.

Williams said “Let’s show Quaden and others that there is good in the world.”

As of Friday morning the GoFundMe account has raised over $340,000.