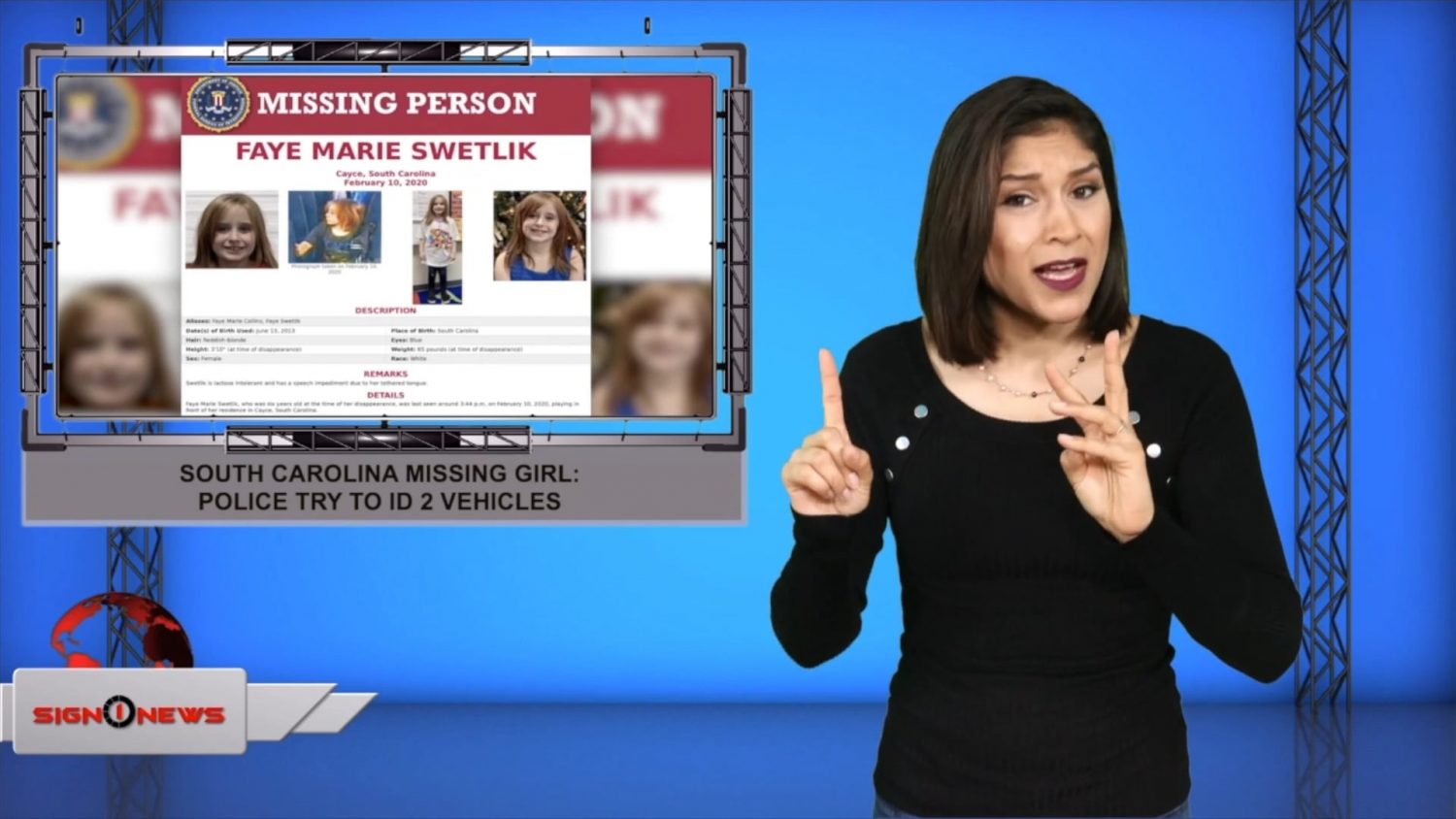 (NOTE: SEE ICYMI UPDATE TO THIS STORY FAYE MARIE SWETLIK HAS BEEN FOUND)

And there is still no sign of the child.

Authorities have released new images in connection with the case.

The video shows Faye getting off her school bus in Cayce, South Carolina on Monday.

This is the last known video of Faye.

Faye was last seen wearing a black shirt with the word “Peace” printed on it.

She has shoulder-length strawberry blonde hair and blue eyes.

Another piece of surveillance of two vehicles in the area around the time Faye was last seen was released by police.

According to investigators, there’s been no evidence that Faye was abducted, which is why no Amber alert has been issued.

They say Faye may have wandered off or got hurt and is in need of help.

The lack of information is why authorities say getting in contact with the people inside those vehicles is vital.

Faye’s family and friends are hoping for a happy ending.

CDC: Coronavirus could gain foothold in US