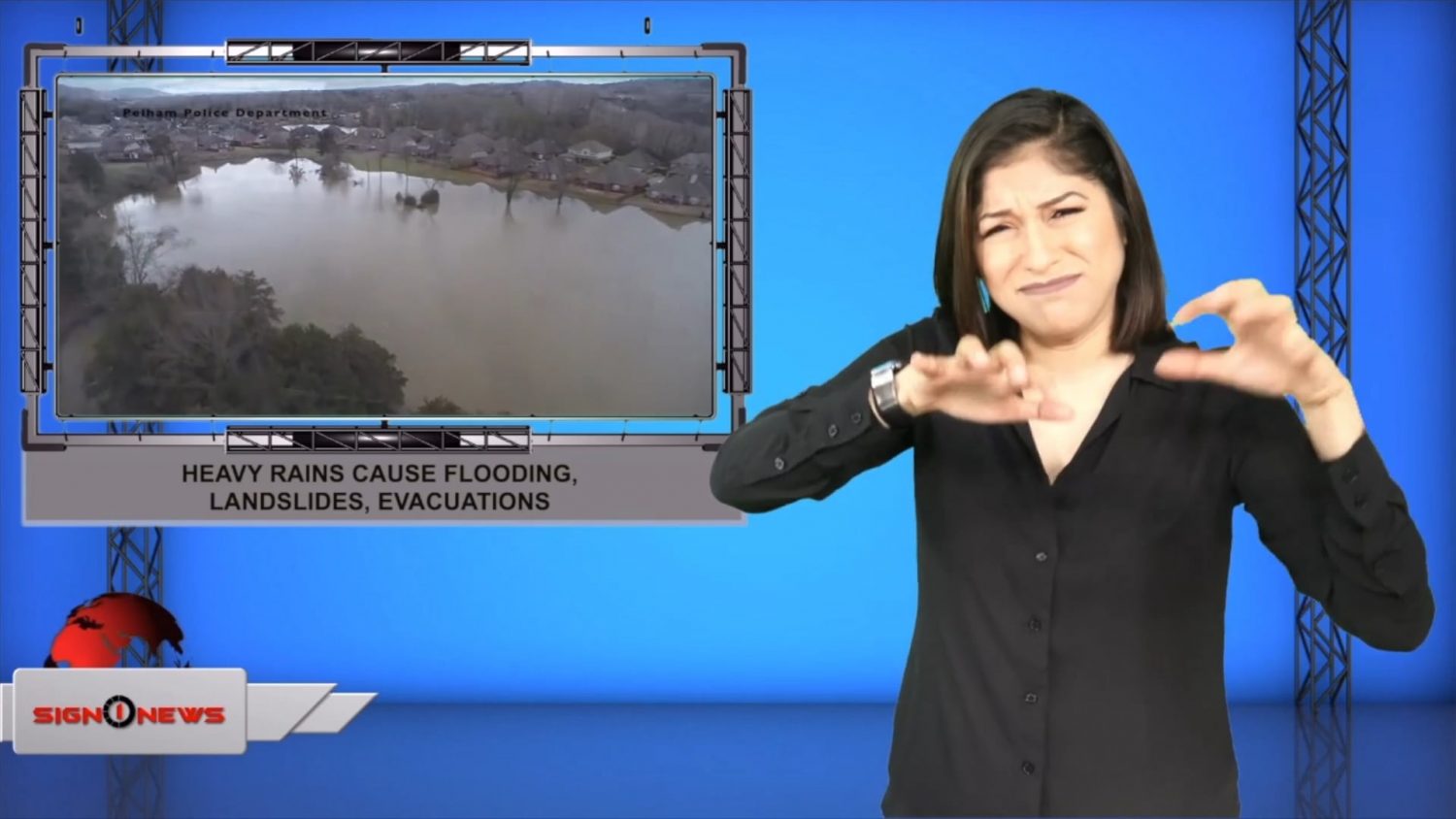 Heavy rains are causing headaches for more than 21 million people this week.

Some residents have been forced to leave their homes as a result of the conditions.

And today (Wednesday) those soggy states are about to get hit again.

Major flooding from Texas to the Carolinas is turning roadways into rivers and leaving families with houses full of water.

This is the wettest start of the year for a number of regions in the southeast.

And the new system starting today (Wednesday) is expected to bring up to three more inches of rain through the southeast and into the Ohio Valley.

Other parts of the country are dealing with the aftermath of the heavy rains they had earlier this week, like a major landslide in Washington County just outside of Pittsburgh.

The Pennsylvania Department of Transportation says oversaturation is to blame.

And in Washington State, all roads leading into Mount Ranier National Park are closed after heavy rains caused flooding, mudslides and road damage.

Unfortunately the weather threat is not slowing down.

Before the end of the week, a storm system is expected to bring a band of moderate to heavy snow from the Midwest into parts of the Northeast.

Some cities including Chicago, Cleveland and much of New England could see significant snow.

O W
Transcript Wednesday is April Fools’ Day but understandably not many people are in a joking mood in the mist of the coronaviru...

O W
Transcript The coronavirus crisis is having a particularly dangerous impact on prison systems. The Bureau of Prisons made an announc...

1 in 4 may have no virus symptoms, should Americans wear masks?

O W
Transcript The CDC now says that as many as one in four people infected with coronavirus could be walking around with no symptoms an...

O W
Transcript States and the Trump administration are bracing for worsening conditions as the coronavirus spreads across the country. P...