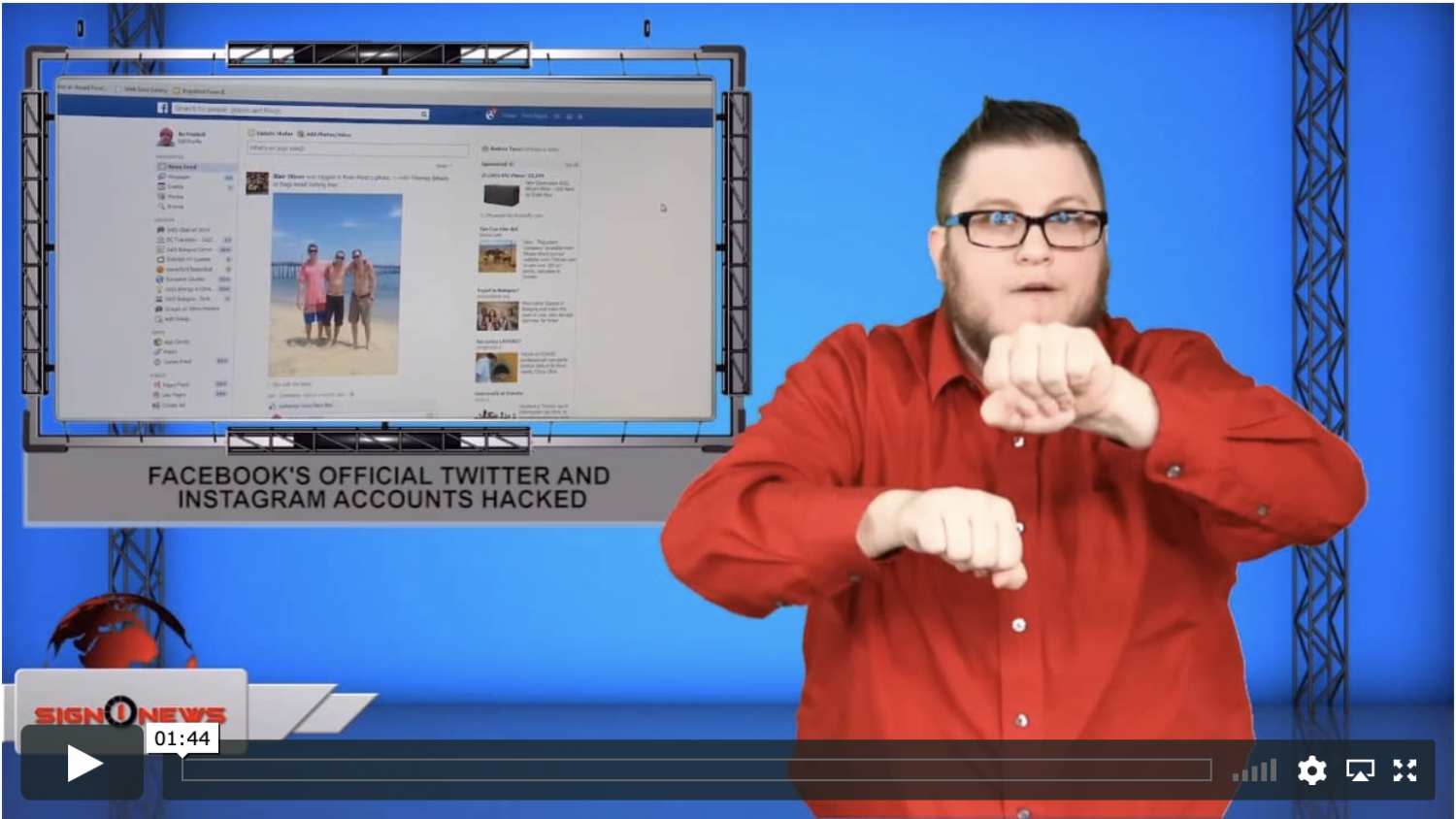 You may have seen the message the hacking group Our Mine posted on Facebook’s Twitter and Instagram pages.

The message said “Hi we are Our Mine. Well, even Facebook is hackable but at least their security is better than Twitter.”

Facebook said in a statement “Some of our corporate social accounts were briefly hacked but we have secured and restored access.”

The hacking group has previously compromised HBO, the New York Times and the NFL.

On a separate note, we also just heard from YouTube’s technical support team.

They informed us the Sign1News YouTube channel will be restored soon.

We will let you know as soon as its backup.

Thank you for your patience and for continuing to follow us on our other platforms.