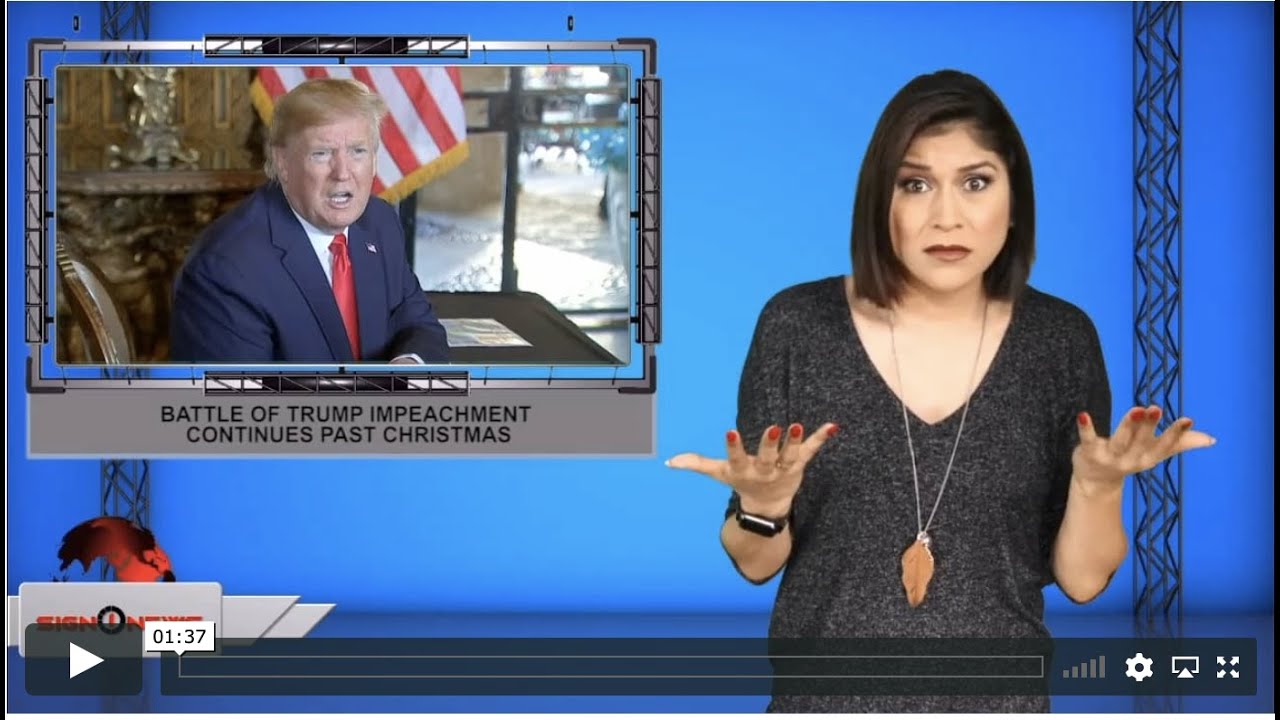 President Trump’s holiday break is anything but joyful and peaceful as House Democrats and Senate Republicans continue to argue over the next steps of his impeachment.

It’s been a week since the impeachment vote but there’s no sign of how or when Trump’s impeachment trial will proceed.

Democrats are demanding to know the parameters of the trial before sending over their articles of impeachment.

And they made it clear the Senate trial should include witnesses.

Republicans are opposed to calling witnesses and they are pushing for a quick trial to avoid further fallout from the impeachment drama.

And there is no indication either side will reach an agreement in the next several days.

Sources say the standoff between lawmakers is irritating Trump, who has his own opinions on how the trial should proceed, including witnesses and lots of drama.

But for now he is willing to put his opinions aside for the more unadventurous and brief trial favored by many Republicans.