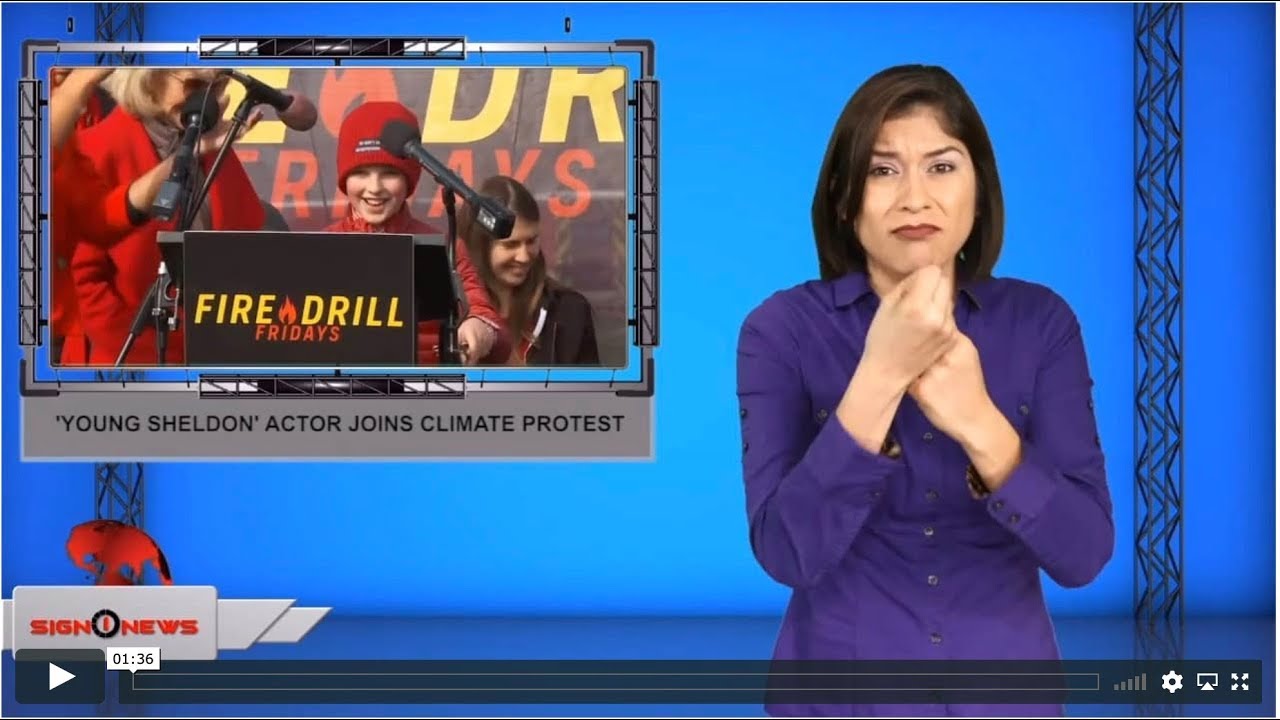 This is video of her rally on Friday in front of the US capital.

This is Fonda’s seventh week protesting after she announced that she was moving to Washington DC “to be closer to the epicenter of the fight for our climate.”

The 81-year old actress has been arrested at almost every one of her “Fire Drill Fridays.”

During this rally however she was joined on stage by 11-year-old actor Iain Armitage.

Armitage is the star of the hit CBS show “Young Sheldon.”

He told Fonda that he loves and admires everything she’s done and thanked her for being a strong example for kids like him.

He also said is very important to act now on climate changes or “it could be irreversible.”

When a reporter asked Armitage if he was going to be arrested for protesting, he said “Unfortunately not. I’m too young.”