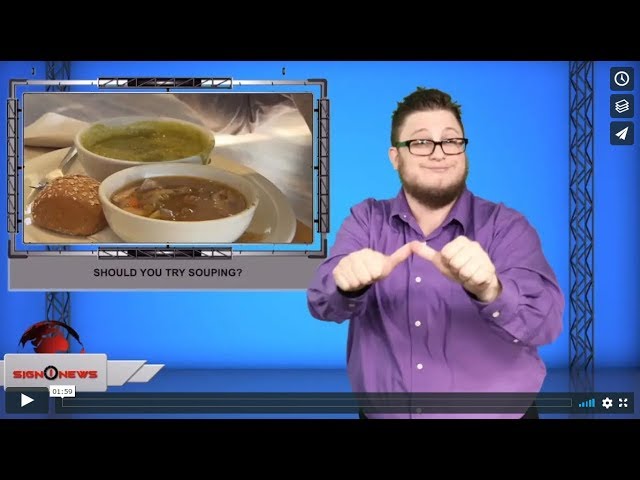 If you hit a snag with your New Year’s weight loss goals, there is a new trend worth trying out.

We all love a hot bowl of soup during the cold winter months, either to just keep us warm or help fight off a nasty bug.

But aside from giving a healthy boost, souping has become more popular with people trying to shed a few pounds.

In fact souping ranked in Pinterest’s top 10 food trends for 2019.

So what’s a slimming secret of soup?

According to a professor of nutritional sciences at Penn State, binding water into food helps keep your stomach fuller for longer.

Plus the water in soup adds weight and volume so that you can have a satisfying amount without all the unwanted calories!

But a word of warning.

While canned soups are low in calories, they tend to be loaded with sodium – roughly 1,000 mg per serving.

Health experts say if you try souping, look for soups with low-sodium labeling.

Or better still, make your own soup at home using fresh or frozen unseasoned vegetables sauteed in olive or canola oil first.